Anybody else collect the Hess Toy Trucks that get put out every year? I just ordered the 2016 release; seems a bit weird since Hess stations don't exist anymore but it's a tradition that started with my Mom giving them to my & my brother when we were little kids. 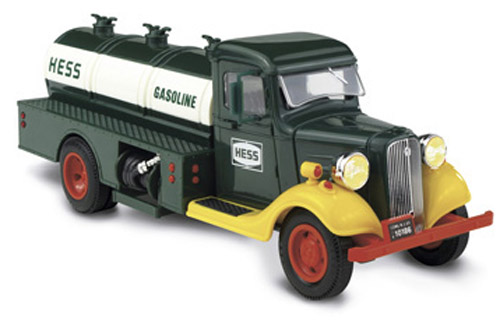 When I was living in Upstate New York (1988-89) I knew a guy that had a Hess Truck collection and it was amazing. Not only did he have the die cast replicas he had everything that could be found with the Hess Logo including a restored vintage sign and a pristine gas pump. Hess collecting is a big thing in New York.