This is exactly why we send astronauts to risk their life to service Hubble: in a paper published last week in the Astrophysical Journal, scientists detail the discovery of a new unidentified object in the middle of nowhere. I don't know about you, but when a research paper conclusion says "We suggest that the transient may be one of a new class" I get a chill of oooh-aaahness down my spine. Specially when after a hundred days of observation, it disappeared from the sky with no explanation. Get your tin foil hats out, because it gets even weirder.

The object also appeared out of nowhere. It just wasn't there before. In fact, they don't even know where it is exactly located because it didn't behave like anything they know. Apparently, it can't be closer than 130 light-years but it can be as far as 11 billion light-years away. It's not in any known galaxy either. And they have ruled out a supernova too. It's something that they have never encountered before. In other words: they don't have a single clue about where or what the heck this thing is.

​
The only thing the astronomers—working on the Supernova Cosmology Project—can tell is that it appeared all of the sudden in the direction of a cluster with the catchy name of CL 1432.5+3332.8, about 8.2 billion light-years away. Hubble caught a spark that continued to brighten during a 100-day period, peaking at the 21st magnitude, only to fade away in the same period of time.

Apparently, a scientist at the LHC declared that the object is similar to the flash that an Imperial Star Destroyer does when reaching Warp 10. Either that or some dust on the Hubble lenses, so someone tell Nasa to get some Windex up there too. [Sky and Telescope]

Staff member
Before anybody starts worrying about alien invasions, remember to take into account the distance of the object versus how long the image would take to appear to Hubble.

... assuming that the alien warship was moving away from Earth and not towards it.

... and assuming, of course, that the alien warship does not have some type of FTL drive.

... Oh, and course assuming that the alien warship is full of friendlies and not hostiles.


I for one welcome our new alien overlords! 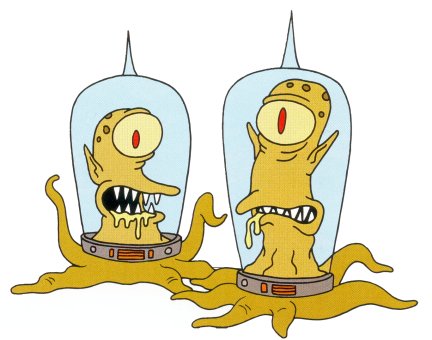