NASA Picture Of The Day
Iceberg Collision in Antarctica 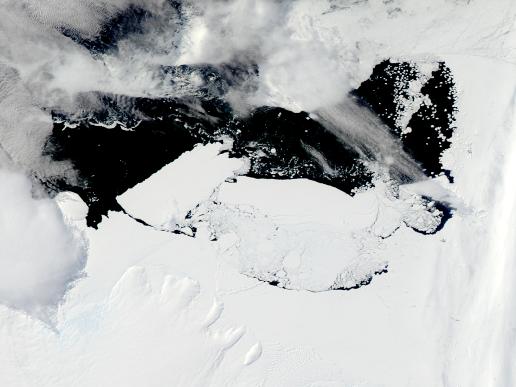 An oblong iceberg roughly as big as Rhode Island called B-09B (center right in this image) collided with the edge of the Mertz Glacier in eastern Antarctica this month breaking away a new iceberg (top left) that is nearly as large at B-09B. This image from Feb. 20, 2010, is one of a series of images from NASA's Aqua satellite that showed the progression and aftermath of the collision. The floating ice tongue of the glacier is created as ice flows down from Antarctica and onto the water. Glacier tongues grow longer year by year until they eventually break off, calving a new iceberg. Image Credit: NASA (More at NASA Picture Of The Day)

Searching for Meteorites in Antarctica