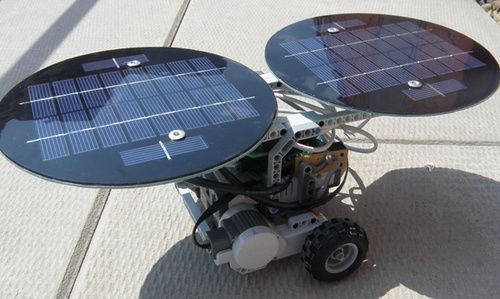 For $90 Dexter Industries will sell you a solar panel that provides enough juice to power an NXT control brick and one servo. Surely, Lego Mindstorms Mars missions aren't far behind.

The 9V/250mA panel seems to sync up with your Mindstorms kit easily enough, and if you want expand beyond that the company also offers a bunch of NXT-compatible capacitor packs, battery packs and a connector that lets builders daisy chain up to three panels on a single build.

NASA's gone commercial these days, so get cracking. [Dexter Industries via MAKE]

Amazing thing! When will the Lego Spaceship launcher become available??

Solar Flares coming to get us

Solar Car Mistaken for UFO, Gets Pulled over by Alaskan Police [Solar Power]