NASA Astronomy Picture Of The Day
ISS: Reflections of Earth 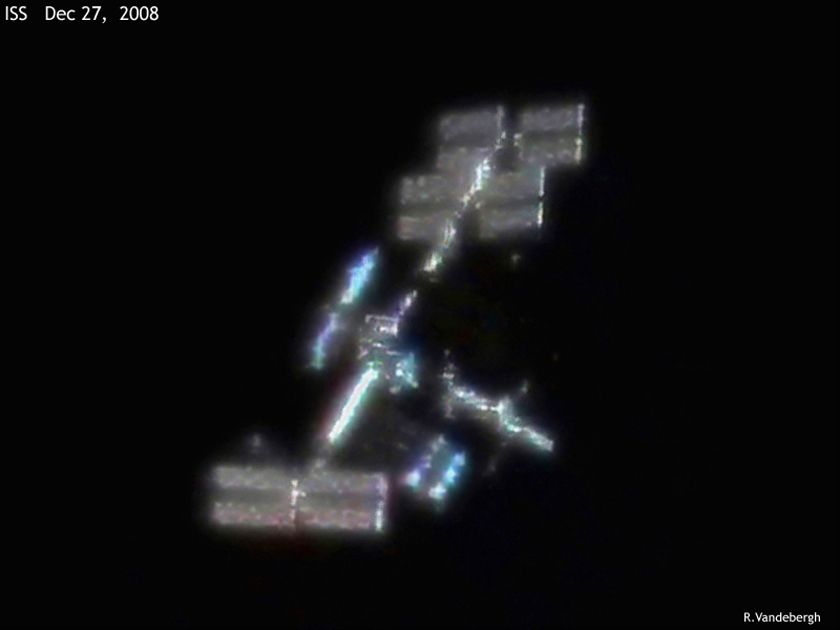 Explanation: Remarkable details are visible in this view of the orbiting International Space Station (ISS), recorded with a small telescope on planet Earth through a clear twilight sky. Seen on December 27th at about 75 degrees elevation and some 350 kilometers above the planet's surface, parts of the station, including the Kibo and Columbus science modules, even seem to reflect the Earth's lovely bluish colors. The image also shows off large power generating solar arrays on the station's 90 meter long integrated truss structure Just put your cursor over the picture to identify some of the major parts of the ISS.