Jumanji, the 1995 movie with Robin Williams, is getting a soft reboot. In this case the 'soft reboot' is meaning that even though the name will be the same as the original movie the intent is to make it a continuation of the original as quasi sequel. This is unlike other recent remakes like Ghostbusters that have tried to do a fresh start resulting in negative feedback from fans.

The 2017 Jumanji stars Dwayne Johnson (aka: The Rock), Karen Gillian (of "Doctor Who" fame), Kevin Hart, and Jack Black. Johnson is also producing with filming taking place in Hawaii.

Reacting to fans concerns about rebooting the movie, Johnson responded....

"An important thing that I want to be honest and bring up is Robin Williams, the love and respect I have for this man is boundless. You have my word, we will honor his name and the character of "Alan Parrish" will stand alone and be forever immortalized in the world of JUMANJI in an earnest and cool way. I have an idea of what to do and I think his family will be proud. I also think Robin is somewhere lookin' down and laughing, remembering the first time we met backstage and I (for the first time ever) was a star struck bumbling idiot that couldn't even get my words out. Idiot. He literally calmed me down w/ that smile and laugh. But that's for another fun story down the road."
Click to expand... 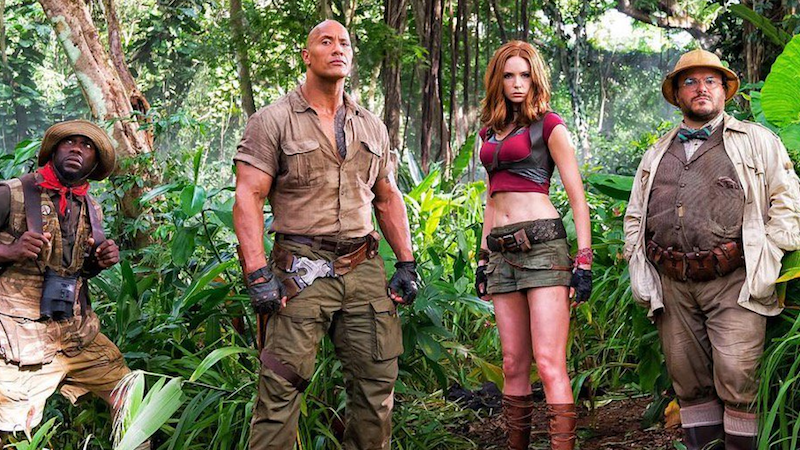 Watched this the other night, will watch it again.
While it is pretty much everything I expected from a reboot there was a certain fit to it.
It isn't like the original.
The game world doesn't invade reality, the film happens inside the game world.
There were a lot of comical references to be had. Some childlike but some were very much adult concepts.
All in all, expecting to hate it, I was mildly surprised at how well it played out.

The first one is the best, miss Robin Williams, rip Mork!

sci-fi-dude said:
The first one is the best, miss Robin Williams, rip Mork!

As for Robin Williams, he commited suicide. Lost my respect completely.