Ok, Saw this at cloverfield(don't go)

Jumper is an upcoming 2008 science fiction film based on the 1992 science fiction novel Jumper by Steven Gould. The film is directed by Doug Liman and stars Hayden Christensen, Samuel L. Jackson, Jamie Bell, Rachel Bilson and AnnaSophia Robb. Jumper is slated for a February 14, 2008 release.


being a bit of an exception). The struggle against corruption is the focus, rather than the technology.
He is married to science fiction writer Laura J. Mixon.

Gould's novels and their themes include:Cast

Oni Press will release a graphic novel that will portray several back stories related to the film entitled Jumper: Jumpscars.[14] The novel will be released on February 13, 2008, one day before the film's wide release. A publisher for Oni Press commented on the tie-in to the film, stating: "The world that was being built around these characters was so well-realized and the mythology so interesting that other stories about this conflict would be plentiful and add to what the filmmakers were building."[14] The novel was written by Nunzio DeFilippis and Christina Weir and illustrated by Brian Hurtt.

A video game for the film will be made for the Xbox 360, PlayStation 2, and Wii consoles. The storyline will focus on the characters Griffin and Davey as he attempts to avenge the death of his parents. Nicholas Longano of the video game publisher Brash Entertainment stated, "From the very first script read, we knew this had to be made into a game. The teleportation elements make for some very compelling gameplay."[15] The game will be released on February 12, 2008, two days before the film's wide release.[16]

A genetic anomaly allows a young man to teleport himself anywhere. He discovers this gift has existed for centuries and finds himself in a war that has been raging for thousands of years between "Jumpers" and those who have sworn to kill them.

Davey lives alone with his father. But the truth is, it isn't much of a home. When things get so bad that Davey decides to run away, his big question is, Where? And how will he live? The magical answer is anywhere Davey wants! Davey discovers he has the power to jump from one place to another. Not just a few feet. But hundreds, even thousands of miles! And as Davey explores his new power he learns that the world is literally his for the taking. But there are consequences too, as Davey will learn. His mother who left him and his abusive father years before, is reunited with Davey only to be killed. As Davey resists the pull from the CIA he must also battle those who took someone very dear to him. His girlfriend Millie tries to help him but not even her support can get him out of the mess he has gotten himself into. Davey seeks the ultimate revenge, only to learn that revenge may not be what he really desires.

I see what looks like final cover for the Jumper prequel graphic novel over at Oni Press.

The Comic Wire (from CBR News) has a preview of 21 pages of the upcoming Jumpscars–the graphic novel prequel to the movie Jumper.


November 13, 2007 - Brash Entertainment announced today that a game based on the film Jumper is currently in development. Set to release on February 12, 2008, Jumper will place you in the shoes of Griffin, a man with the ability to teleport at will, in his quest to avenge his parents’ death at the hands of the Paladins. We had the opportunity to have a Q&A with Stephen Townsend, Senior Producer of Brash Entertainment, who was gracious enough to provide us with some brand new information on the upcoming title so we know what to expect next year.
IGN: So what sort of game is Jumper? Describe the gameplay mechanics.
Stephen Townsend: Jumper is an action/combat game.


Go here or here or HERE. 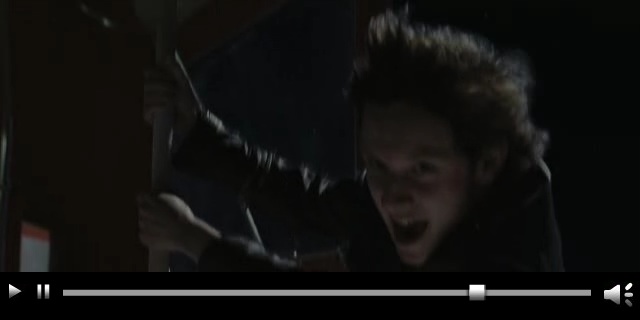 Jumper is a 1992 science fiction novel by Steven Gould. It tells the story of Davey, a teenager who has just escaped an abusive household. Davey discovers that he can teleport himself by using his thoughts, although he doesn't know how it works. As he tries to make his way alone in the world, he looks for his long-lost mother and uses his talent for criminal activities and to foil hijackers around the globe. The book received generally positive reviews.

Jumper was number 94 on the American Library Association's 100 Most Frequently Challenged Books of 1990–1999.[1] Gould said: "considering that it wasn't published until the latter half of 1992, it had to work extra hard."[2]

Ok, I want to see this

Adding it to the calendar

I enjoyed the book - I like Gould's writing style.

I've heard that the film doesn't bear much resemblance to the book - nothing new there, then! But I expect I'll see it anyway, sooner or later.

Btw, did you see the Trek teaser before Cloverfield?

Yes, it was better than the movie cloverfield.
A

I have seen it. It was pretty much a classic. It wasn't either good nor bad but something in between. Some handsome/beautiful boy/girl with an amazing superpower, doing fancy stuff with it, then falling in love with someone and making up after having some conflicts during the middle section of the movie and additionally fighting against someone usually represented as evil in an extremly attention-seeking way.

The writing above wasn't even a spoiler because that's what usually happens in the movies.

My point: it was mild, neutral, not original but still enough to keep me entertained for a couple of hours.