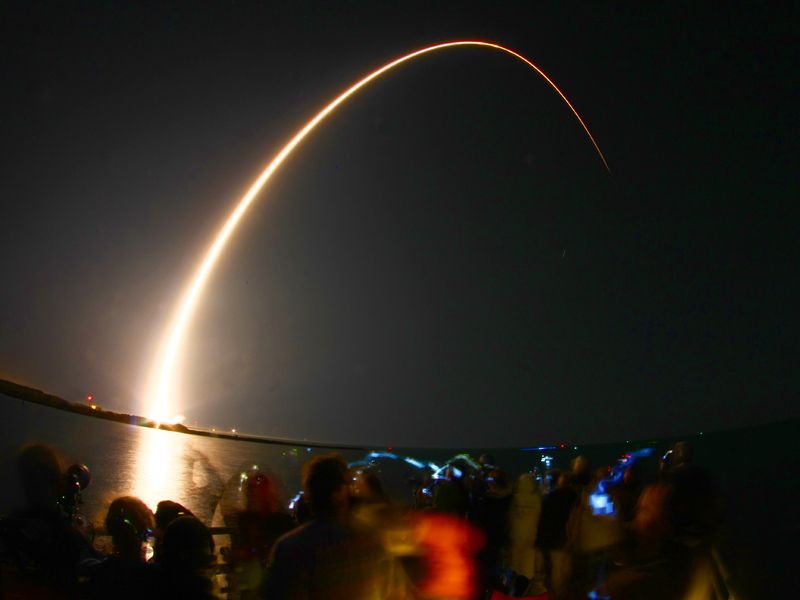 Explanation: Streaking skyward, a Delta II rocket carries NASA's Kepler spacecraft aloft into the clear night of March 6. The dramatic scene was recorded in a time exposure from the crowded pier in Jetty Park at the northern end of Cocoa Beach, Florida, about 3 miles from the Cape Canaveral launch site. Kepler's mission is to search for Earth-like planets orbiting in the habitable zone of other stars. A planet orbiting within a star's habitable zone would have a surface temperature capable of supporting liquid water, an essential ingredient for life as we know it. To find Earth-like planets, Kepler's telescope and large, sensitive camera will examine a rich star field near the plane of our Milky Way Galaxy. Located in the constellation Cygnus, Kepler's field of view will allow it to monitor the brightness of many stars in the solar neighborhood and detect a slight dimming as a potential Earth-like planet crosses in front of the star.