Space Launched on the Fourth of July

NASA Picture Of The Day
Launched on the Fourth of July 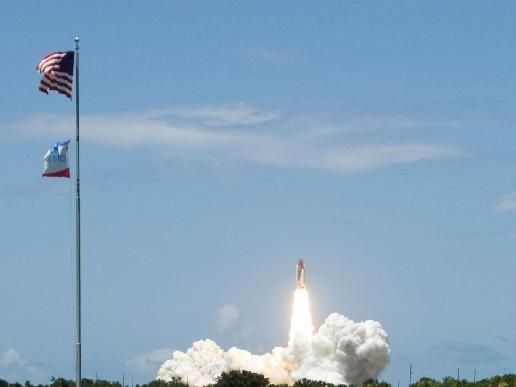 Space shuttle Discovery and its seven-member crew launched at 2:38 p.m. EDT on July 4, 2006 to begin their journey to the International Space Station during the STS-121 mission. The shuttle made history as it was the first human-occupied spacecraft to launch on Independence Day. During the 12-day mission, the crew tested new equipment and procedures that increase the safety of the orbiters. It also performed maintenance on the space station and delivered supplies, equipment and a new Expedition 13 crew member to the station. This mission carried on analysis of safety improvements that debuted on the Return to Flight mission, STS-114, and built upon those tests. Image Credit: NASA (More at NASA Picture Of The Day)