NASA Picture Of The Day
Launching Into History 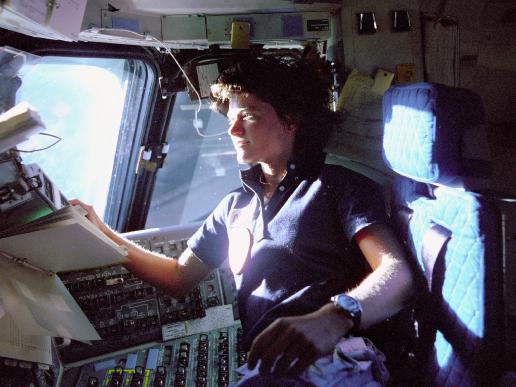 On June 18, 1983, a young physicist from California took her seat aboard the space shuttle and launched into history. On that date, Sally Ride became the first American woman in space as a mission specialist on STS-7. In this image Ride monitors control panels from the pilot's chair on the Flight Deck. Image Credit: NASA (More at NASA Picture Of The Day)