NASA Picture Of The Day
Light for the Ages 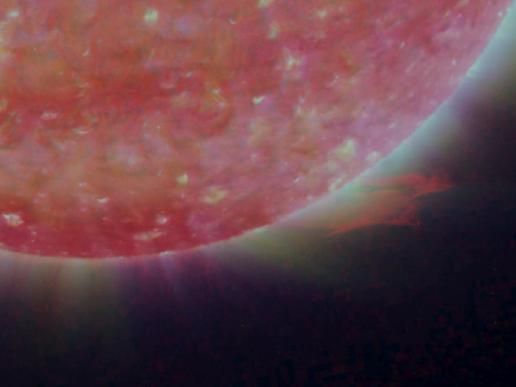 Today, our sun reaches its northernmost point in planet Earth's sky. Called a solstice, the date traditionally marks a change of seasons -- from spring to summer in Earth's Northern Hemisphere and from fall to winter in Earth's Southern Hemisphere. In this image from 2007, NASA's Solar TErrestrial RElations Observatory (STEREO) satellites provided the first three-dimensional images of the sun. STEREO, a two-year mission that launched October 2006, provided a unique and revolutionary view of the Sun-Earth System. Image Credit: NASA/JPL-Caltech/NRL/GSFC (More at NASA Picture Of The Day)