Overview: After crash-landing on an alien planet, the Robinson family fights against all odds to survive and escape. But they're surrounded by hidden dangers. 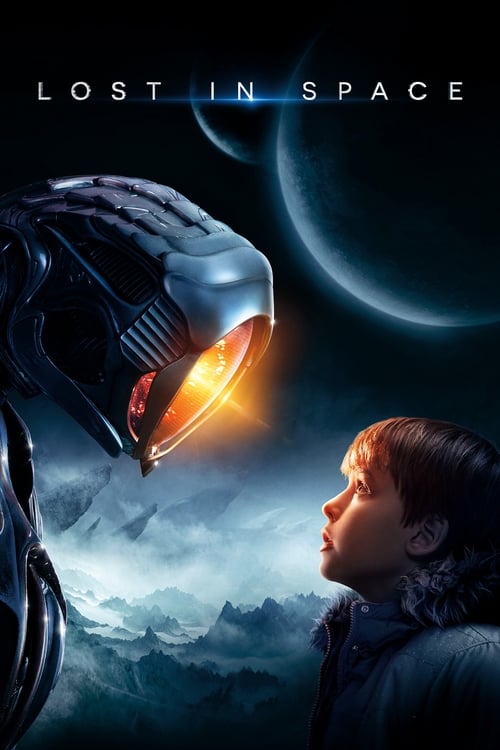 Staff member
A trailer has has been released for the Netflix reboot of Lost in Space! Up until now not much has been revealed about the show; we still don't know much more other than April 13, 2018, is the date for the first season of 10 episodes to be released.

The year is 2046. A Mother Ship containing a number of Jupiter Class Colony Ships are on their way to colonize a distant planet when they are attacked and, after passing through a rip in space-time, some of the Jupiter Ships crash-down on an unknown alien world. The Robinson Family on the Jupiter 2 must struggle to survive while reuniting with the other Jupiter colony ships, face-off with human and non-human adversaries as well as other situations they encounter in their new environment while traversing the alien terrain in their Chariot vehicles.​

Staff member
Ah okay, strangely glanced at this and thought they were simply throwing the movie on, the one with Joey.

Looking forward to seeing what they can do with a classic SciFi show.

Jethro said:
Ah okay, strangely glanced at this and thought they were simply throwing the movie on, the one with Joey.
Click to expand...

I changed the title to put the word reboot in there as I see what you mean. I didn't even realize that Netflix was this close to releasing it, I thought they were still in the production stages.

Jethro said:
Looking forward to seeing what they can do with a classic SciFi show.
Click to expand...

The theme song from the movie was better than parts of the movie.

Set 30 years in the future, colonization in space is now a reality, and the Robinson family is among those tested and selected to make a new life for themselves in a better world. But when the new colonists find themselves abruptly torn off course en route to their new home they must forge new alliances and work together to survive in a dangerous alien environment, light-years from their original destination. Stranded along with the Robinsons are two outsiders who find themselves thrown together by circumstance and a mutual knack for deception. The charismatic Dr. Smith is a master manipulator with an inscrutable end game. And the roguish, but charming Don West is a highly-skilled, blue collar contractor, who had no intention of joining the colony, let alone crash landing on a lost planet.

Some distinct changes from the original and the movie.
"Tested & Selected" implies John Robinson did not design and build the Jupiter 2.
This will put an element of desperation and trepidation to repairing the ship systems. Having not designed the ship, he doesn't know it by heart. Could give an added 'Thriller' element to the story.
"Two Outsiders/Mutual Knack for Deception" indicates 'Dependable Don' might not be a good guy?
"Charismatic Dr. Smith" implies he's a likable guy, not the despised liar we all know.
Don West "Had No Intention of Joining" switches the accidental presence from Dr. Smith to Don West.

For diehard Lost in Space fans it may be a difficult pill to swallow, seeing such a change in the character roles.
It will be okay for those who never really followed the original series but one of the things that killed the movie was the changes from the original story.

Personally, I'm looking forward to anything Lost in Space. I'll be watching for it to hit the interwebs. If it even has a piece of the charm of the original, I'll be happy. I just hope they don't use the same cookie cutter, uninspired writing that is so common in all recent TV shows. Keep it new and exciting and I'll be thrilled.

Staff member
The new "Robot" is nothing like the original.

Just like Surface & Terra Nova, Its gunna get cancelled because I like it.
I liked Firefly too.
Its like the TV Show Universe is against me...

Not on regular tv? Ill wait for it to come to cable, if it doesn't ill pass.....

Writer
I love to see people doing new and exciting things but as a rule I don't like remakes, re-imaged or whatever; they aren't new, they're a rehash. It's a tough sell at best. I have never seen a remake that was better than an original (name something) and I usually will pass every time.

I grew up watching the original LIS and was a huge fan. The 1999 movie was passable mainly because of Lacey Chabert. We are huge fans of Lacey. Overall I wasn't impressed except by the special effects.

This new version seems to be following in the footsteps of BSG II where it's LIS mostly in name. I have never understood why producers want to use the name of an established franchise but then redo 99% of it, unless they don't feel their product can pull in an audience on it's own merit.

So, I have mixed feelings. Maybe I've been watching sci-fi too long and I'm jaded but I rate this trailer as, interesting. I'd be more excited about it if it were called by another name because there is no way to watch it without the preconceptions of the original.

Yes they were made in different eras by different companies with different etc, etc etc. and that is my point. It's not LIS. Call it something else, make it stand on it's own and I may become a fan. Otherwise, I'm with Sci-fi Dude, maybe, one evening when there's nothing on regular TV but even then, probably not.

Writer
I agree with Kevin, the last movie theme remix was pretty good but I don't want to sit through 2 hours of, meh, to listen to a 3 minute sound track. Nothing is that good.

Verna said:
remake that was better than an original (name something)
Click to expand...

I collect movies. For the most part the remakes are worse than the original but there are exceptions. Sometimes the special effects of a remake allow a movie to tell a better tale. Its a movie's ability to make me forget I am watching a movie that makes me like it. I put movies in sets. I watch sets of movies in order by date. So, I often see original and remake back to back. I am also constantly being surprised to find that the movies I thought were original are in fact remakes of even earlier works.

Television shows are even worse at remakes and reimaginings.
Star Trek (1966) was a reimagining of Wagon Train (1957), even Roddenberry admitted that. I like Star Trek a Lot better than Wagon Train.
If you go by scene composition or story plots most of todays TV shows follow the same ole same ole. The dressings are different but the story and scenes are the same. I call it lazy writing. Its kinda like a Wilhelm Scream.

Plus, there are many films I enjoy both the original AND the remakes, but for different reasons.

Staff member
Strangely looking forward to this one, hoping they drop the season in full rather than going week by week. My wife is a huge fan of the original, which hasn't aged well for mine, and got to say I don't mind the basic concept.

At the very least it has to better than that movie with Joey in it!

Verna said:
I agree with Kevin, the last movie theme remix was pretty good but I don't want to sit through 2 hours of, meh, to listen to a 3 minute sound track. Nothing is that good.
Click to expand...

Now a days it seems the commercials and sound tracks are awesome, but when a new series comes out, or movie, it leaves you wondering when is the fun and excitement coming. The original 60's series was and is the best, bar none. The music, the music that accompanied a scene, and every last bit of the tv show. Now they water it down, and bore me to grinding my teeth with their world view. Bleech, just entertain me dang it. No one really gives a horse chip about world views. Go get lost in space, freak me out with some spacy monsters and critters, and play some freaky music to make it cool. Other wise I'm purchasing the real series and slapping it on my dvd player, now where is my Pappa Johns pizza and beer! 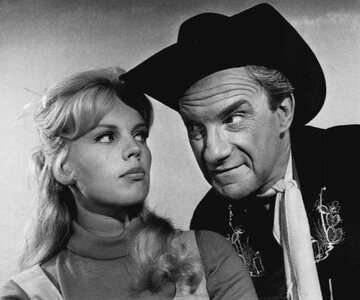 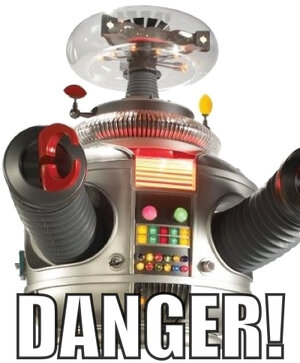 Writer
>grinding my teeth with their world view

EXACTLY! I watch movies & TV to be entertained. I do not want nor need anyone's political views, don't try to subliminally brainwash me with your point of view about Democrats or Republicans. I am SICK of that garbage!

I watched a trailer for Discovery and immediately saw what was coming but forced myself to watch the first episode anyway. By the time it was over I was hoping the Klingons would kill them all. One episode was enough for me. And from what I've heard they ripped off BSG II with some kind of "human jump" drive. Really?

Staff member
This releases today so I'll be likely watching the first episode or so this weekend.

I'm trying to avoid reading any reviews because, so far, the initial feedback is not positive.

Opinion | Ani Bundel: Netflix's "Lost in Space" reboot is heavy on realism but light on fun

Writer
I think everyone should make up their own minds. When I give my opinion, that's all it is, my opinion. Many times I have watched something most people posting did not care for, and then liked what I saw. It's a matter of sci-fi taste. Reviews and opinions are interesting to read at times but we should all make our own evaluations and enjoy what we like, regardless of how many or how few like something.

Decide for yourself. Kevin if you watch it please post what you think. I value your opinion. I've said it before, you would be great as a critic! Maybe you and Sci-fi Dude could team up on YouTube. I'd watch that!

I miss the original series....

I have 10 episodes to binge watch this weekend.
Funny how all 10 hit on the same day?

Netflix always releases the whole season at once.
TV show information provided by The Movie Database