Superheroes Marvel's Ant-Man and The Wasp (2018)

After Marvel's Ant-Man grossed $520 million USD, and counting, the deals are being finalized for the 2018 sequel, Ant-Man and the Wasp.

Not much information is available yet other than confirmations as to who is attached so far. Paul Rudd, Evangeline Lilly, and Michael Douglas are all set to reprise their roles and writers Andrew Barrer & Gabriel Ferrari are onboard as well. 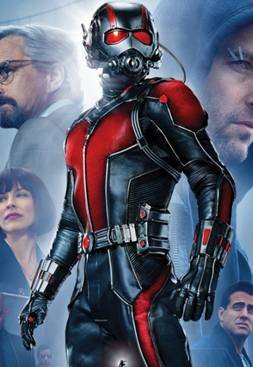 Well, I was not expecting that ending. It ties the movie into Avengers: Infinity War of course but, still, unexpected for this series that have been usually lighter in tone.

Coming into this one I didn't know that Hannah John-Kamen was in it; I don't recall seeing her in other stuff other than Killjoyns on SyFy but, looking at her Wikipedia page, apparently I need to watch more movies/tv shows as she has had roles in some other high profile stuff.

My only question... if they were able to fool the ankle monitor into thinking that an ant was Scott then why even bother at that point? Why not just leave it on a table or something? The agents in the house had to seek out Scott when inside so they didn't have the ability to track where the monitor was within the house, just whether or not he was outside of the perimeter of the house. Yeah, it was a cute gimmick, but, still.
You must log in or register to reply here.
Share:
Facebook Twitter Reddit Pinterest Tumblr WhatsApp Email Link