Overview: Given superstrength and durability by a sabotaged experiment, a wrongly accused man escapes prison to become a superhero for hire. 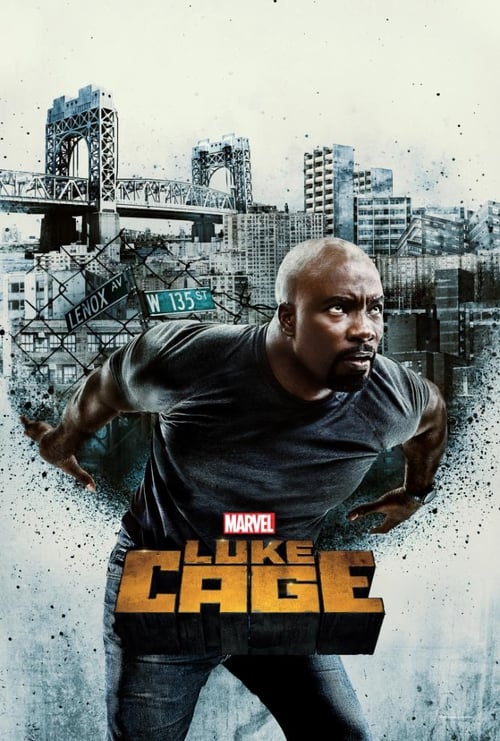 Staff member
Marvel's Luke Cage at Netflix is shaping up. Luke Cage will be the third Marvel series to debut on Netflix following Daredevil and Jessica Jones, both of which have gotten both good reviews & ratings.

View attachment 53459
The series, like the first two, will debut with a 13-episode season scheduled for 2016. The series is based on the Marvel Luke Cage character that made his debut in 1972. Cage is an ex-con with super-strength, unbreakable skin, and his own mysterious past that he doesn't like to talk about.

In the Netflix Marvel universe Cage made his debut November 20 in the Jessica Jones series. Originally just a love interest for Jones, Cage became an integral part of the season story arc. Daredevil, Jones, and Cage all take place in contemporary New York City with Hell's Kitchen being a common overlap in all three.

Cage is played by Mike Colter whom genre fans may recognize from American Horror Story: Coven. Casting is still under way and this week actress Sonia Braga has been confirmed for the role of Soledad Temple. Soledad Temple is the mother of nurse Claire Temple who was introduced in Daredevil and made an appearance in Jones. Braga is perhaps best known for her work in The Kiss of the Spider Woman.

Disney is the parent company of both Marvel and ABC. The Netflix Marvel universe shows are produced by Marvel Television in association with ABC Studios.

The series picks up about 6 months after the end of Jessica Jones and finds Cage in Harlem trying to find come to terms with where his life has taken him. To say that he is reluctant to step into the role of a "hero" would be an understatement.

Cage is even darker in tone & violence than Jessica Jones and Daredevil with some partial nudity scenes and plenty of obscene language. This is not a show for young kids to be watching.

Something I thought interesting was that there are references to the rest of the Marvel universe, and both Jessica Jones & Daredevil, but only one by name directly. That single obvious reference is advanced weapons by Hammer Industries which is the company led by Justin Hammer, the main business nemesis of Tony Stark / Iron Man. Other than that you'll hear quick references about "green monsters" and "powered vigilantes" but none of them are mentioned by name nor are seen.

Fans of Sons of Anarchy might be happy to see Theo Rossi back on the screen; at least this time his prison experience is better than before.

Rosario Dawson as nurse Claire Temple has a bigger role than she did in the other Netflix series and is instrumental in helping Cage.

Alfre Woodward gives a great performance and her character acts as the anti-thesis of Cage. While he is forced to act as protector she is forced into a role of violence, roles that both characters perhaps were always meant for as their back stories are explored.

Staff member
Well, this was unexpected.... just a few days after Netflix announced that they're cancelling Iron Fist after just two seasons they've now announced that Luke Cage is also getting cancelled!

Unfortunately, Marvel’s Luke Cage will not return for a third season. Everyone at Marvel Television and Netflix is grateful to the dedicated showrunner, writers, cast and crew who brought Harlem’s Hero to life for the past two seasons, and to all the fans who have supported the series.”
Click to expand...

After the Disney purchase of Fox and Disney making it well known that they are planning on concentrating on their own competing streaming service Netflix execs originally said that their Marvel shows weren't going anywhere and had a long future at Netflix. Now two of those shows are gone with no word on what's going to happen with the rest of the shows like Daredevil, Jessica Jones, or The Punisher. Of course there was also the ensemble series The Defenders but Netflix seems to have been quietly removing references to it so at this point it's being assumed that it also has been cancelled.