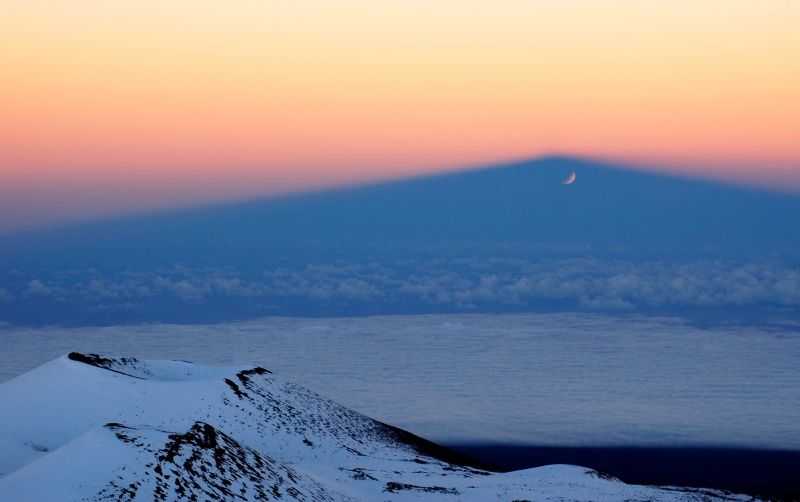 Explanation: Just opposite the setting Sun, the already-eclipsed Moon rose over the Hawaiian Islands on February 20. A view near the 14,000 foot peak of volcanic Mauna Kea on the Big Island, a popular spot for astronomers, offered this remarkable play of shadows and sunlight. With snowy cinder cones in the foreground, the Moon lies within the shadow cast by the mountain -- a shadow extending across a lower cloud deck and on through Earth's dense atmosphere. As the lunar eclipse is drawing to a close, the curved shadow of the limb of planet Earth itself can also be traced across the Moon's surface, some 400,000 kilometers away.

Staff member
Snow capped peaks is not the usual image when thinking of Hawaii.