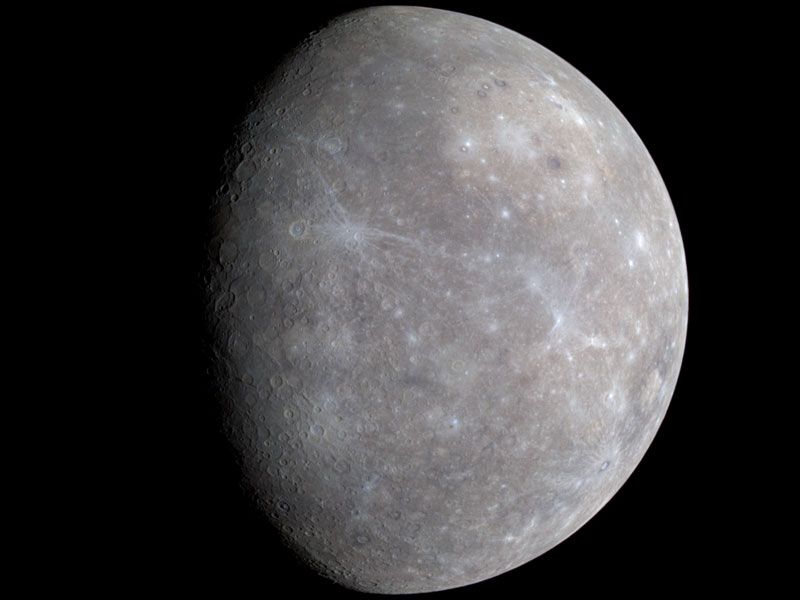 Explanation: The colors of Mercury are subtle but beautiful. At first glance, our Solar System's innermost planet appears simply black and white, but images that include infrared colors normally beyond human vision accentuate a world of detail. One such image, shown above, was acquired by the robotic MESSENGER spacecraft that swung by Mercury in mid-January. Here, most generally, the hot world itself acquires a slightly more brown hue. Many craters that appear on top of other craters -- and so surely have formed more recently -- appear here as bright with bright rays that include a slightly blue tint, indicating that soil upended during the impact was light in color. A few craters, such as some in the huge Caloris Basin impact feature visible on the upper right, appear unexpectedly to be ringed with a dark material, the nature of which is being researched. MESSENGER continues to glide through the inner Solar System and will pass Mercury again this October and next September, before entering orbit around the desolate world in 2011.