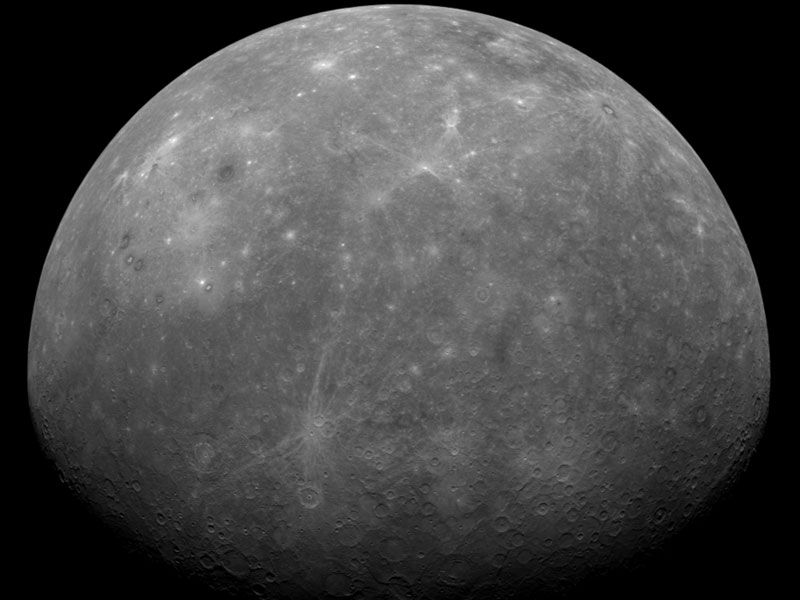 Explanation: Two days ago, the MESSENGER spacecraft became only the second spacecraft in human history to swoop past Mercury. The last spacecraft to visit the Sun's closest planet was Mariner 10 over 35 years ago. Mariner 10 was not able to photograph Mercury's entire surface, and the images it did send back raised many questions. Therefore, much about planet Mercury remains unknown. This week's flyby of MESSENGER was only the first of three flybys. Over the next few years MESSENGER will swing past twice more and finally enter Mercury's orbit in 2011. MESSENGER is currently moving too fast to enter orbit around Mercury now. The above image was taken two days ago during MESSENGER's flyby and shows part of Mercury's surface that has never been imaged in detail before. Many more

how much you wanna bet that the white lights are beds of molten lava? i would have expected a more hostile environment than one compared to our own moon.

Mercury as Revealed by MESSENGER