NASA Astronomy Picture Of The Day
Meteor by Moonlight 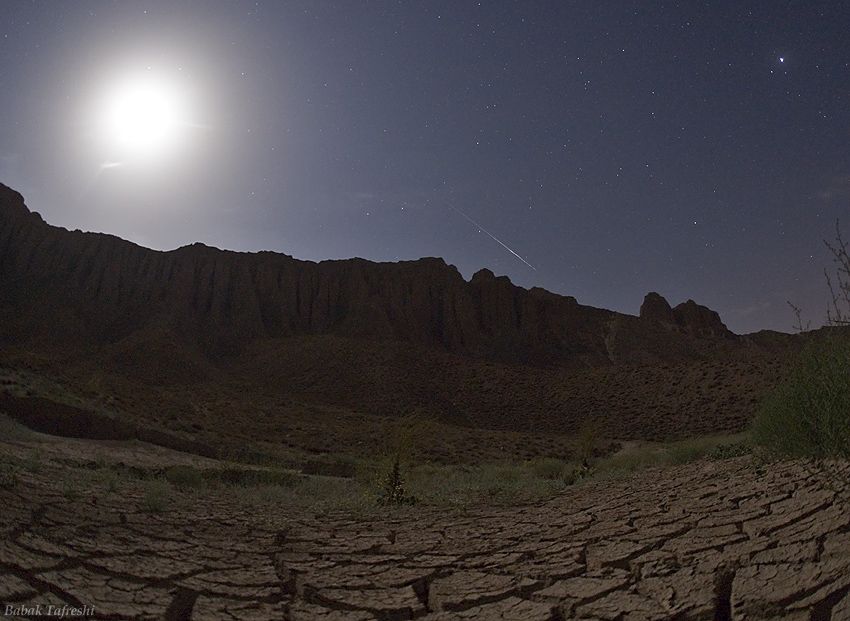 Explanation: Dark skies are favored for viewing meteor showers. But the annual Perseid Meteor Shower still entertained skygazers around the world this week even though the Moon brightened the night. At its last quarter phase and rising around midnight on August 13, after the shower's anticipated peak, the Moon is seen here above rock formations in the Alborz Mountains near Firouzkooh, Iran. With a dramatic desert landscape in the foreground, a Perseid meteor is streaking through the moonlit sky between the overexposed Moon and bright planet Jupiter at the upper right. A regular celestial event in the northern hemisphere, the Perseid Meteor Shower is caused by planet Earth's yearly passage through the dust stream cast off by comet Swift-Tuttle.

Planets and Fire by Moonlight