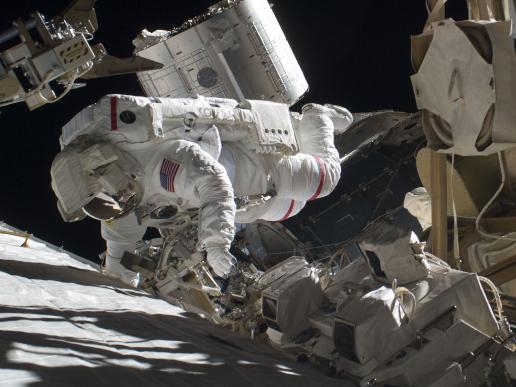 Astronaut Mike Foreman performed tasks on the exterior of the International Space Station during the second spacewalk of the STS-129 mission to the orbital outpost. Astronauts Foreman and Randy Bresnik were in the midst of the second of three scheduled spacewalks for this shuttle crew, working in cooperation with the five current crewmembers for the orbital outpost and with their five Atlantis crewmates. Image Credit: NASA (More at NASA Picture Of The Day)