NASA Picture Of The Day
Mission to Jupiter 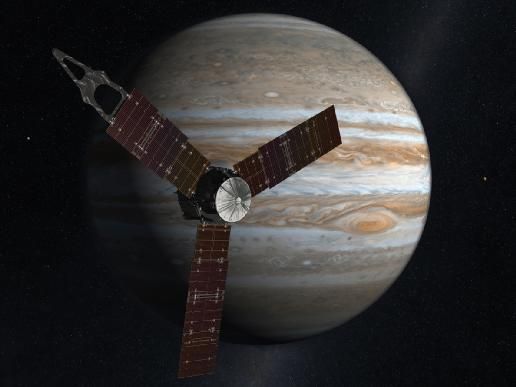 With its suite of science instruments, Juno will investigate the existence of a solid planetary core, map Jupiter's intense magnetic field, measure the amount of water and ammonia in the deep atmosphere, and observe the planet's auroras. Juno’s principal goal is to understand the origin and evolution of Jupiter. Underneath its dense cloud cover, Jupiter safeguards secrets to the fundamental processes and conditions that governed our solar system during its formation. As our primary example of a giant planet, Jupiter can also provide critical knowledge for understanding the planetary systems being discovered around other stars. This artist's concept shows the Juno spacecraft in orbit around the planet Jupiter. Image Credit (More at NASA Picture Of The Day)

NASA: Juno Lifts Off on Mission to Jupiter