Overview: The first manned mission to Mars is now approaching the red planet. The crew includes top-flight scientists and a young female psychiatrist, responsible for their mental health. But just as they are about to land, something goes wrong. 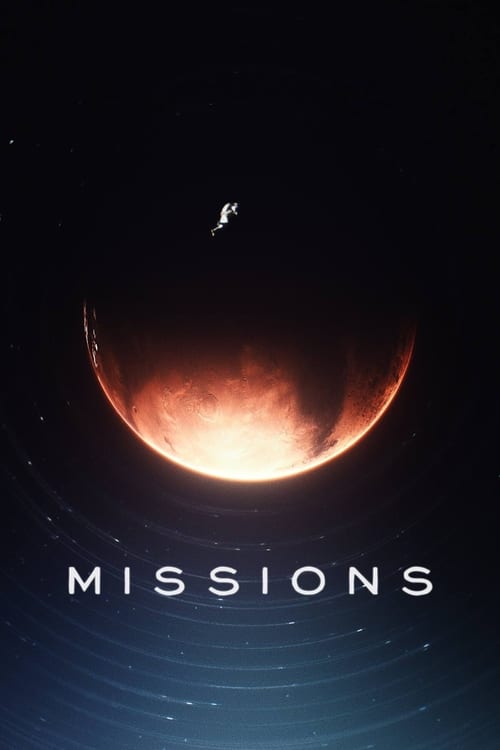 I reviewed Series 1 of Missions in 2017 as follows:

This a French TV serial (with subtitles), set in the near future, about the first manned missions to Mars. Ulysses, a European space craft funded by William Meyer, a fabulously rich Swiss entrepreneur, is arriving in Mars orbit when they learn that they have already been beaten to the planet by a much faster American craft, funded by an equally wealthy US businessman, Ivan Goldstein. It becomes evident that the US craft experienced major problems on landing, so the European crew decide to attempt a rescue. They manage to land nearby (not without their own problems) and find one survivor in a spacesuit, but he has a surprise for them. After this, the plot evolves from a routine "trip to Mars" to something of much greater significance.

The serial ran for ten episodes of 25 minutes each (on BBC4 in the UK) and is structured in such a way that it isn’t possible to say any more about the plot without spoilers. I will just say that I was reminded of the film 2001, not so much in the specifics of the plot as in the atmosphere of a cosmic mystery gradually unfolding. It is intriguing and well worth seeking out.
Click to expand...

Series 2 (also consisting of ten 25-minute episodes) has recently been shown on BBC4, and both series are currently available on the BBC iPlayer, but I don't know for how long. Reviewing the second series will inevitably involve comprehensive spoilers for Series 1 and it is difficult to avoid some for Series 2, but I will at least try to leave some surprises!

During Series 1 we discover that the survivor found by the Ulysses crew was not from the American craft as initially supposed, but was Vladimir Komarov, an actual Soviet cosmonaut who died in a spacecraft accident on Earth more than half a century before. It becomes apparent that there is a powerful intelligence on Mars which is capable of creating artificial environments and people. Furthermore, this intelligence is focused on one of the crew - psychologist Jeanne Renoir - whose arrival has been anticipated for millennia. The crew discover a vast, ruined building which contains a huge wall filled with human skulls. At first, they think it shows that humanity had previously visited Mars during an earlier era of high technology, but then the truth dawns: humanity evolved on Mars, and only moved to Earth after wrecking the environment of Mars.

At the end of Series 1 the explorers have to leave Mars in a great rush due to a sandstorm, and Jeanne is left behind. She is unconcerned, however, knowing Mars will take care of her.

Series 2 starts with Jeanne living a simple life in small village in a forest, having forgotten her earlier life. She appears to be part of an experiment to discover a way in which mankind can survive without wrecking the Earth. Meanwhile, five years after their return to Earth, the other members of the Ulysses crew become aware that Jeanne needs them on Mars. They are joined by two new crew members, one of them being Alice, Meyer's daughter. On Mars, they discover a portal allowing access to Jeanne's forest world. It emerges that Alice is not who she seems, and conflict breaks out. In the end, the survivors are faced with another possible future.

My conclusions remain much the same as before. I found the continuous air of mystery intriguing, but those who like everything tidied up and clearly explained are likely to feel frustrated. In my opinion, there is room for another Series but no indications so far as to whether or not that might happen.


(This entry is cross-posted from my science-fiction & fantasy blog.)
Last edited by a moderator: Dec 6, 2021

{Kevin goes off to see where it is streaming...} ... and for US, Canada, and Irish viewers we'll be out of luck as the streaming rights have been picked by the "Shudder" streaming service which is owned by AMC. I just checked their web site and the series is not listed and I can't find any updated info' as to whether they still have the rights or if they've reverted to somebody else.

Since most of us in the US likely haven't seen this yet I've added some spoiler tags to the post above.


Anthony G Williams said:
At first, they think it shows that humanity had previously visited Mars during an earlier era of high technology, but then the truth dawns: humanity evolved on Mars, and only moved to Earth after wrecking the environment of Mars.

At the end of Series 1 the explorers have to leave Mars in a great rush due to a sandstorm, and Jeanne is left behind. She is unconcerned, however, knowing Mars will take care of her.
Click to expand...

Isn't that the synopsis of the Mission to Mars ending with Gary Sinise?

M
What was the clue in Mission Impossible?