NASA Picture Of The Day
Monitoring the Launch 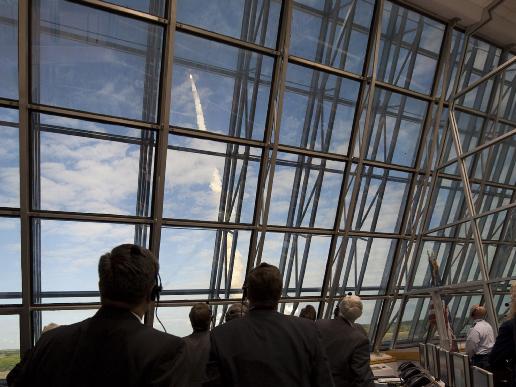 NASA mission managers monitor the launch of the space shuttle Atlantis from Firing Room Four of the NASA Kennedy Space Center, Monday, Nov. 16, 2009. Shuttle Atlantis and its six-member crew are on an 11-day STS-129 mission to the International Space Station to transport spare hardware to the outpost and return a station crew member who spent more than two months in space. Image Credit: NASA/Bill Ingalls (More at NASA Picture Of The Day)