NASA Astronomy Picture Of The Day
Moon and Morning Star 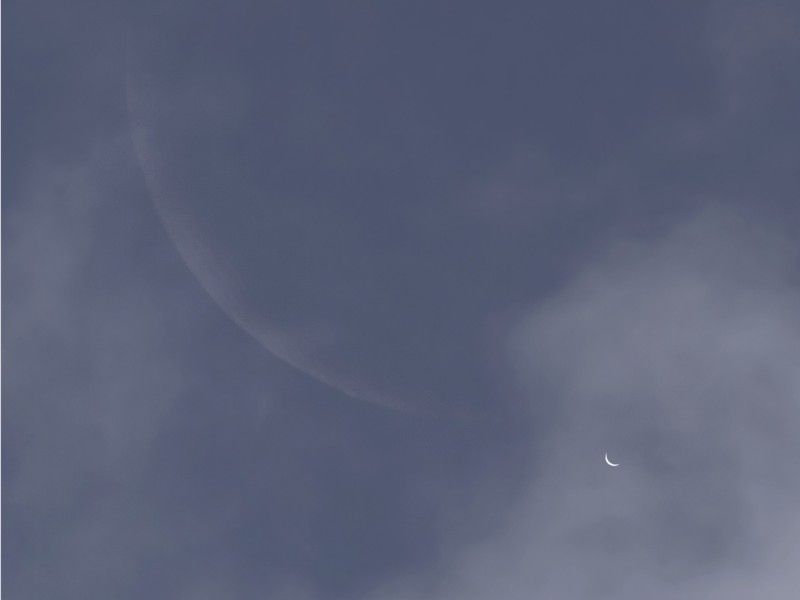 Explanation: Wednesday, the Moon and Venus rose together in early morning skies. Even through clouds, both show off a lovely crescent in this well-composed skyscape from Rutherford College, North Carolina, in the eastern US. Farther west, North American skygazers could also witness the Moon passing in front of Venus. The bright planet disappeared behind the Moon's sunlit crescent and reappeared along its darkened limb as morning twilight gave way to daylight hours. Of course the dimmer lunar crescent was waning, approaching today's New Moon phase. Beginning a stint as the brilliant Morning Star, Venus' crescent is waxing though, and will grow thicker in the coming months as Venus rises higher in morning skies.

Venus and Jupiter in Morning Skies