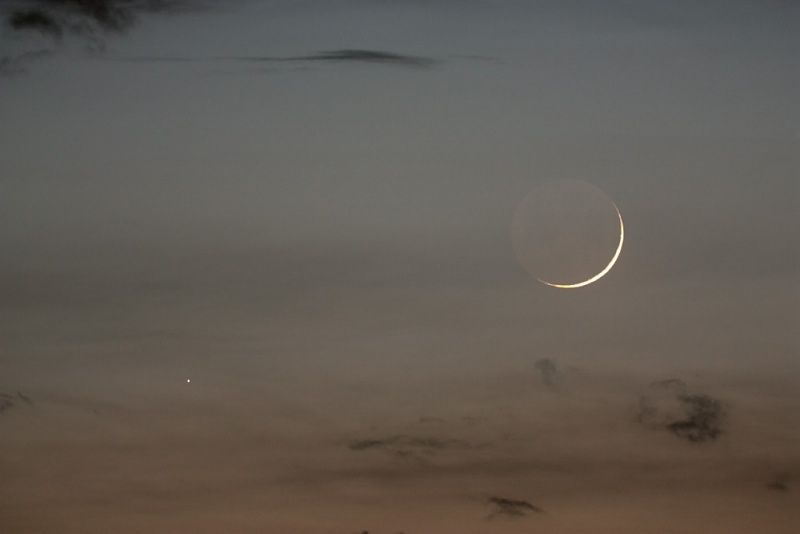 Explanation: On Tuesday, May 6, while standing on planet Earth and sweeping your binoculars along the western horizon just after sunset, you might have encountered this arresting skyscape. The view features a slender crescent Moon and bright planet Mercury separated on the sky by only about 2 degrees. Cradled in the sunlit lunar crescent, the night side of the Moon is faintly illuminated by earthshine -- sunlight reflected from planet Earth. Of course, the clouds in silhouette and fading twilight colors are common elements in pictures of the sky after sunset, but much less often seen is inner planet Mercury, usually hiding close to the Sun in Earth's sky. Still, the coming week will be a good time to spot Mercury near the western horizon about 30 minutes after sunset. As for the Moon, tonight and tomorrow night the crescent Moon will wander close to Mars in the early evening sky.