NASA Astronomy Picture Of The Day
Moons and Jupiter 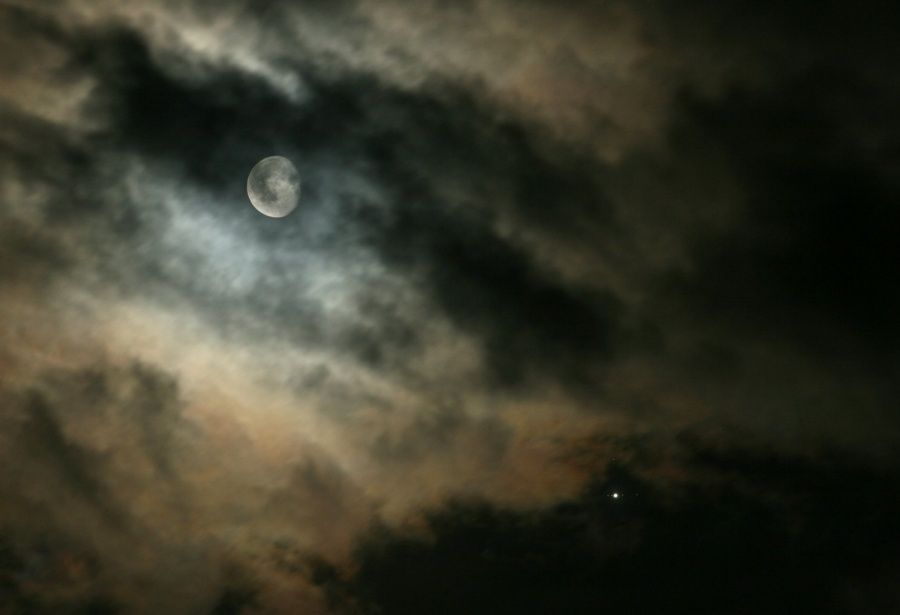 Explanation: Earth's Moon and planet Jupiter made a beautiful pairing in the night sky late last week. This skyscape recorded on July 11 from Brittany in north western France captures the bright conjunction through a cloud bank. The clouds add drama and mystery to the scene but they were also positioned to reduce the intense moonlight. As a result, the exposure captures Jupiter's own Galilean moons (lower right) as tiny pinpricks of light, lined up and hugging both sides of the solar system's ruling gas giant. Later this week, the Moon is headed for a conjunction with Mars and Venus in the dawn sky.