Staff member
(Article by Debbie White at The Sun)

A MYSTERIOUS alien-like hexagon pattern etched into a remote Australian coastal town has baffled the internet over its origins. 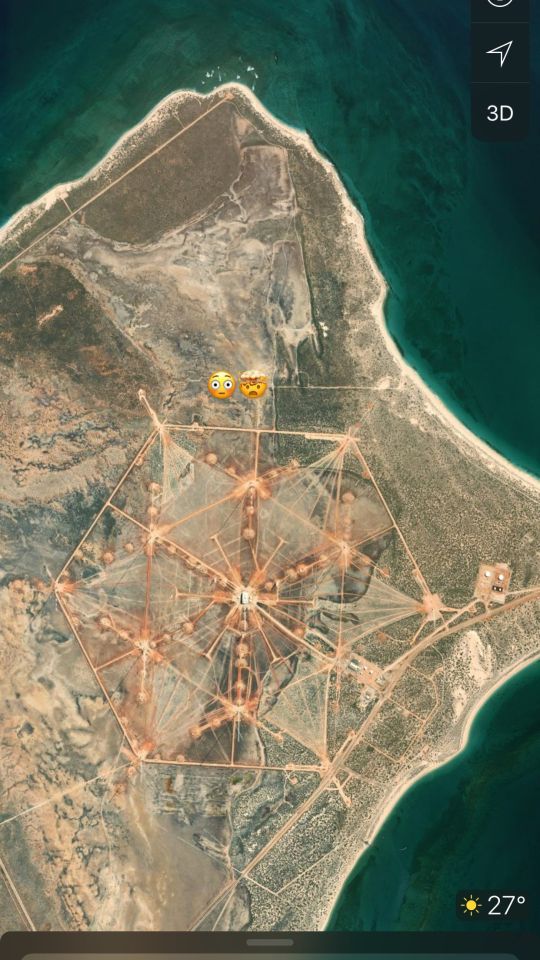 Uploading pics of the hexagon shape with her 60,000 followers on Instagram, she asked them what it was. One replied that it was “super creepy”.

Intriguingly, she soon revealed that some people had responded with “lots of stories I’ve been asked not to share”.

Seven News in Australia explained that Vanessa saw the “futuristic” pic while researching for somewhere to visit on the coast.

The broadcaster added that no-one was positive at first – maybe “an unknown alien settlement?”

Or, is it “a futuristic pattern elaborately carved into the landscape, like Australia’s very own version of the famous white chalk horse landscape carving in England,” 7News teased.

The keen traveller’s query comes as people continue to grapple with other-worldly silver monoliths,which have been popping up from California to the UK.

And, like crop circles, the hexagon can seemingly only be appreciated from high above. 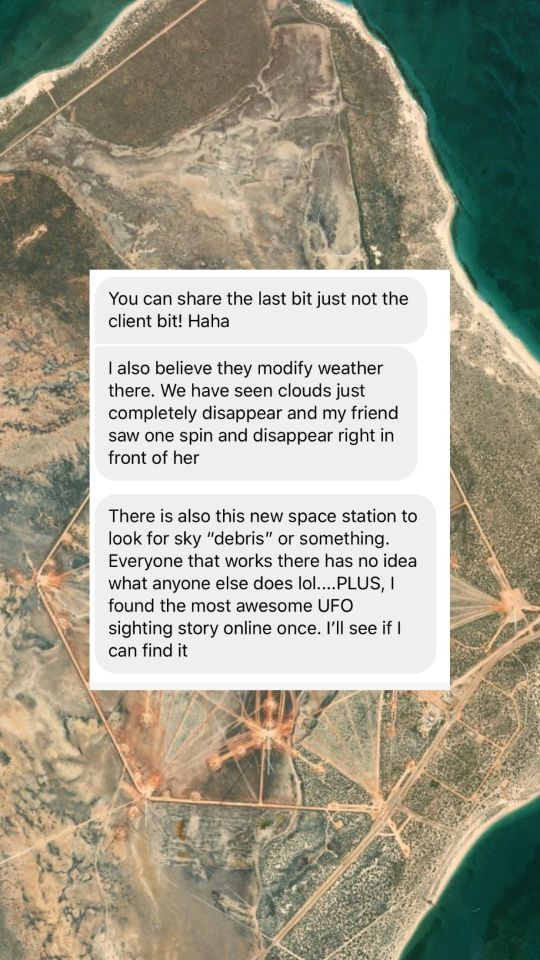 The truth, it later transpired is that “basically… this place is the naval communication station”, Vanessa explained.

It’s a naval base in Exmouth – the Harold E. Holt Naval Communications Station which is one of the largest of its kind in the southern hemisphere.

The station has 13 very low frequency towers, and played an important role during the Second World War.

This is due to the base being used to pass secret messages between Australia and America’s command centres, their ships and submarines.

It was also used by the Americans during the Cold War.

Vanessa said: “Sir Garfield Barwick, Australian Minister for External Affairs, negotiated the lease for the US base at North West Cape in 1963 with US ambassador William Battle.

“The lease did not allow Australia any degree of control over the station or its use.”

One person replied with “fun facts” including that military stationed at the base produced their own power as well as treating and making their own water.

“So the world could stop and they’ll still operate.

“It sends the transmission through the ocean and seabed. Pretty gnarly when you go to the beach and see these huge towers!” a follower wrote to Vanessa.

Another told the Gold Coast woman: “I’ve been there. It’s in Exmouth. Old camp grounds from the Americans.

“And there’s even a mini town that has a pool and a bowling alley and all made to look like America from when they had a camp here during the war when our coastline was under threat.”

Another person joked: “We always tease my mate because he is a groundsman who maintains the towers and surrounds.

“We always say that’s just what you tell us, but secretly you are in a secured office beaming messages out of space to Russia.”

She said her query had intrigued followers, and “everyone was loving it”. 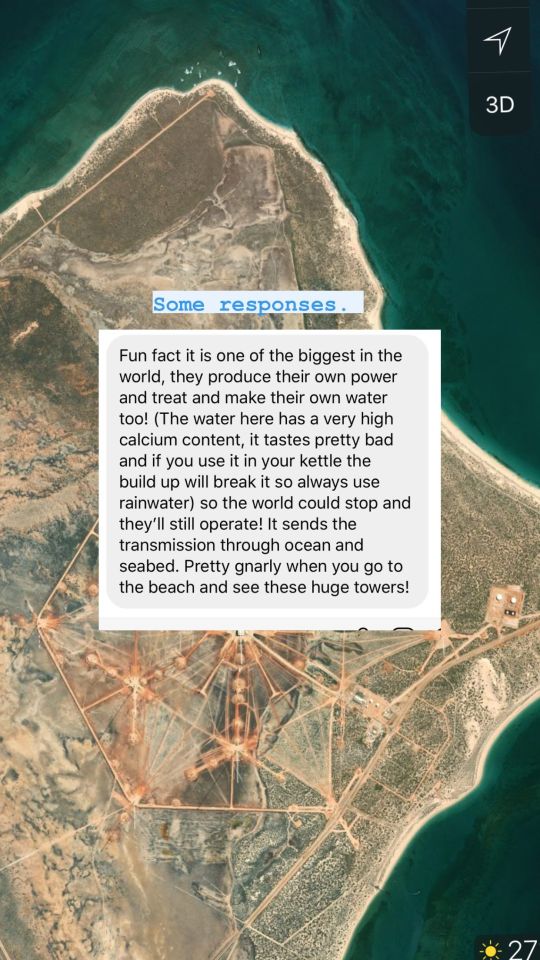 A few days ago The Sun explained how Britain’s fourth monolith had popped up inside a Cornish stone circle after others mysteriously appeared across the country.

The tall Kubrick-esque monolith was spotted at Britain’s most ancient stone circle in Cornwall this month.

It was noticed after three others were seen in Dartmoor, the Isle of Wight and Glastonbury Tor.

The objects have also appeared elsewhere, including in California and Romania.

Two weeks prior to these monoliths, wildlife officials found a similar strange structure in Red Rock Desert, Utah, which has now been removed.

What is 'Little America' in West Australia?​

It's been described as Little America in Pilbara

During the Cold War, American military intelligence was once based in Exmouth’s Pilbara township, West Australia.

ABC News writes that back in the 1960s, when visiting the small coastal town, “you would have been forgiven for thinking that you’d woken up in a remote part of the US.

“The town was built to support the Harold E Holt Naval Communications Base and stands as a monument to the cooperation between Australia and the US during the Cold War.”

An experts, Anthony Barker, said that the US Navy had “amazing technology for communicating underwater with submarines”.

But, it needed “access to the ocean, some distance from big cities with conflicting radio transmissions, and so its very emptiness was ideal as far as the Americans were concerned.”

US-made cars drove on the other side of the road, American currency was used.

Those based there dined on food specially shipped over from the US.

There was even a large baseball pitch built at the Harold E Holt base, and a ten-pin bowling alley.

At the end of the Cold War, the base was scaled back, and the Americans finally withdrew in 1992.

“Obviously the end of the cold war meant the end of such an urgent need for communication with its nuclear submarines, which were really the main strike weapon in the cold war as far as the US was concerned,” Professor Baker said.

Since then it has been turned over to the Royal Australian Navy, and at one stage was used by Boeing, “still with a find of secret communication area”, the expert said.
Last edited by a moderator: Dec 15, 2020

Staff member
Uploading pics of the hexagon shape with her 60,000 followers on Instagram, she asked them what it was. One replied that it was “super creepy”.

The structure to the right of the "alien-like ‘hexagon’ formation" might be a give away that we're talking a human construction, monitoring station or some such.

Has Nessy moved to Australia?