Overview: A stranded spaceship pilot captured by mad scientists survives a blitz of cheesy B movies by riffing on them with his funny robot pals. 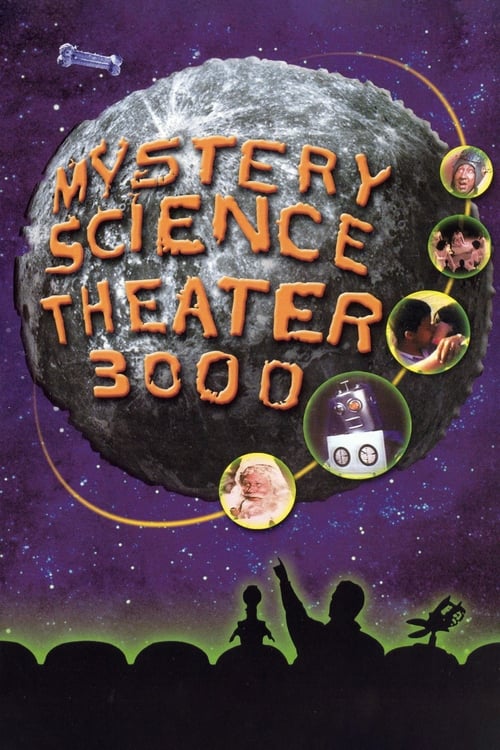 'Mystery Science Theater 3000' back on small screen for NatGeo special

There is good news, and then there is great news. The return of beloved bastion of sci-fi geekery, Mystery Science Theater 3000, of course, falls closer to the “great news” side of things—especially with the original trio already having signed on.

National Geographic is behind the return, having announced that they’ll feature the MST3K trio on their airwaves for a brand new, three-part special airing—of all days—on April 1. If it’s not a complete joke to begin with, the show, dubbed Total Riff Off, will feature the format of the classic Sci-Fi Channel show. As NatGeo’s website describes:

So, to summarize: Internet gold in its purest form.

An interesting time for a return, too, considering that the show’s been off the air since it was canceled in 1999. So, for the uninitiated, MST3K features the adventures of janitor Joel Robinson and his robot sidekicks, Tom Servo and Crow T. Robot. Those adventures, as you may have guessed, take place primarily in front of a movie screen playing terrible B-movies.

NatGeo will air the special April 1, so be sure to tune in. Until then, though, you’ve got about a decade’s worth of geeky popular culture to catch up on. Here, start with this:

Staff member
Nice to see MST3K back but, considering it will be on National Geographic and how much time has passed since the original, I suspect the level of sarcasm will not be on the same level as the original.

Just read over at IO9 that MST3k might be coming back to us!


io9 said:
In the not too distant future... we could be getting brand new episodes of Mystery Science Theater 3000, courtesy of original human host Joel Hodgson! But for an extremely steep Kickstarter goal.
Click to expand...


io9 said:
The problem is, he’s asking for a lot of money: a whopping $2 million will get us three episodes, and $5.5 million gets us a full, 12-episode season. The sky-high funding goal likely stems from the fact that securing the rights to the movies is probably pricy, especially if this new show wants to skewer newer, better-known movies
Click to expand...

I can't count the number of movies that I have watched that would be so much better if hosted by MST3k.
The movie world NEEDS MST3k in my opinion.