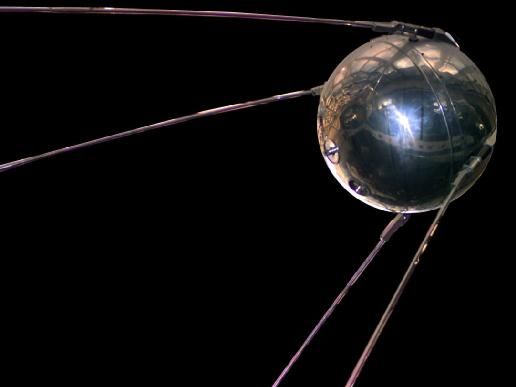 History changed on Oct. 4, 1957, when the Soviet Union successfully launched Sputnik I, the world's first artificial satellite. About the size of a beach ball and weighing about 184 pounds, it took about 98 minutes to orbit the Earth on its elliptical path. That launch ushered in new political, military, technological and scientific developments. While the Sputnik launch was a single event, it marked the start of the space age and the U.S.-U.S.S.R space race. Image Credit: NASA (More at NASA Picture Of The Day)