NASA: Dextre Gets to Work 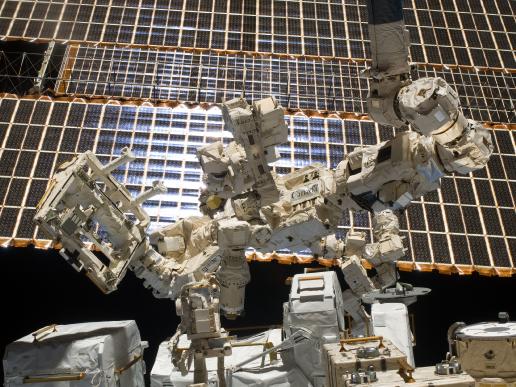 Dextre, the Canadian Space Agency's robotic "handyman", is featured in this image photographed by an Expedition 26 crew member aboard the International Space Station on Feb. 3, 2011. Dextre completed its first real job since the robot passed its final exam in December 2010, unpacking two critical pieces of equipment delivered by the unpiloted Japanese Kounotori2 H-II Transfer Vehicle (HTV2) spacecraft - the space equivalent of a moving van. HTV2 is the second unpiloted cargo ship launched by JAXA, the Japanese Space Agency, to the station and delivered more than four tons of food and supplies to the station and its crew members. Image Credit: NASA (More at NASA Picture Of The Day)

NASA: Working Towards the Future