NASA: Driving on the Moon 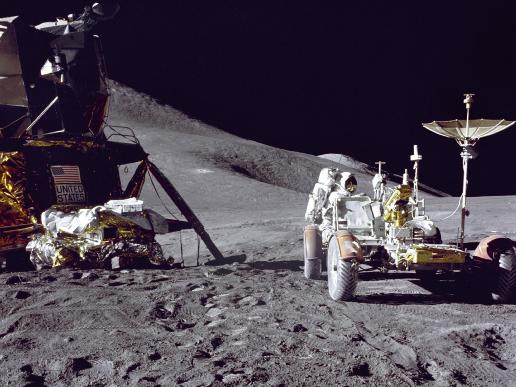 Apollo 15 lunar module pilot Jim Irwin loaded the lunar rover with tools and equipment in preparation for the first lunar spacewalk at the Hadley-Apennine landing site. The Lunar Module 'Falcon' appears on the left in this image. The undeployed Laser Ranging Retro-Reflector lies atop Falcon's Modular Equipment Stowage Assembly. Apollo 15 launched 40 years ago today on July 26, 1971, from Launch Pad 39A at the Kennedy Space Center. Image Credit: NASA (More at NASA Picture Of The Day)