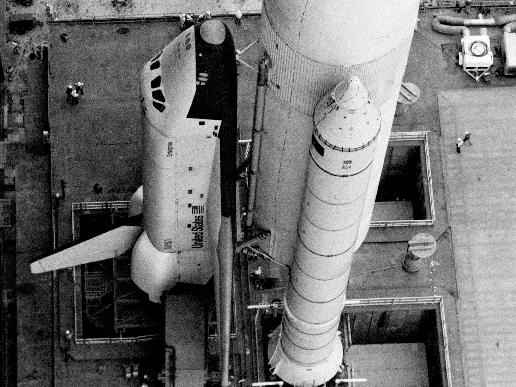 Space shuttle Enterprise made its first appearance mated to supportive propellant containers/boosters cluster, as it was rolled from the Vehicle Assembly Building at Kennedy Space Center en route to the launch pad, some 3.5 miles away, on May 1, 1979. Enterprise underwent several weeks of fit and function checks on the pad in preparation for STS-1, on which its sister craft Columbia took astronauts John Young and Robert Crippen into space for a 54-hour test mission. Image Credit: NASA (More at NASA Picture Of The Day)