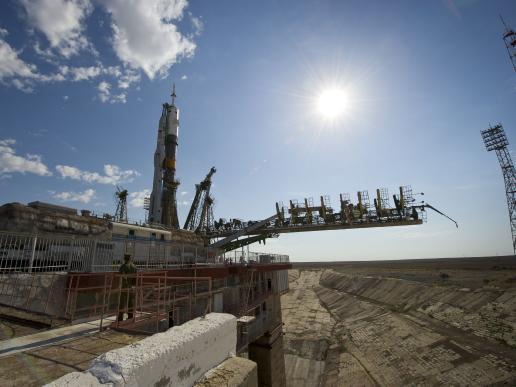 The Soyuz TMA-02M spacecraft is seen at the launch pad after being raised into vertical position on Sunday, June 5, 2011, at the Baikonur Cosmodrome in Kazakhstan. The launch of the Soyuz spacecraft with Expedition 28 Soyuz Commander Sergei Volkov of Russia, NASA Flight Engineer Mike Fossum and JAXA (Japan Aerospace Exploration Agency) Flight Engineer Satoshi Furukawa is scheduled for Wednesday, June 8, 2011. Image Credit: NASA/Carla Cioffi (More at NASA Picture Of The Day)

NASA: The Glare of the Sun