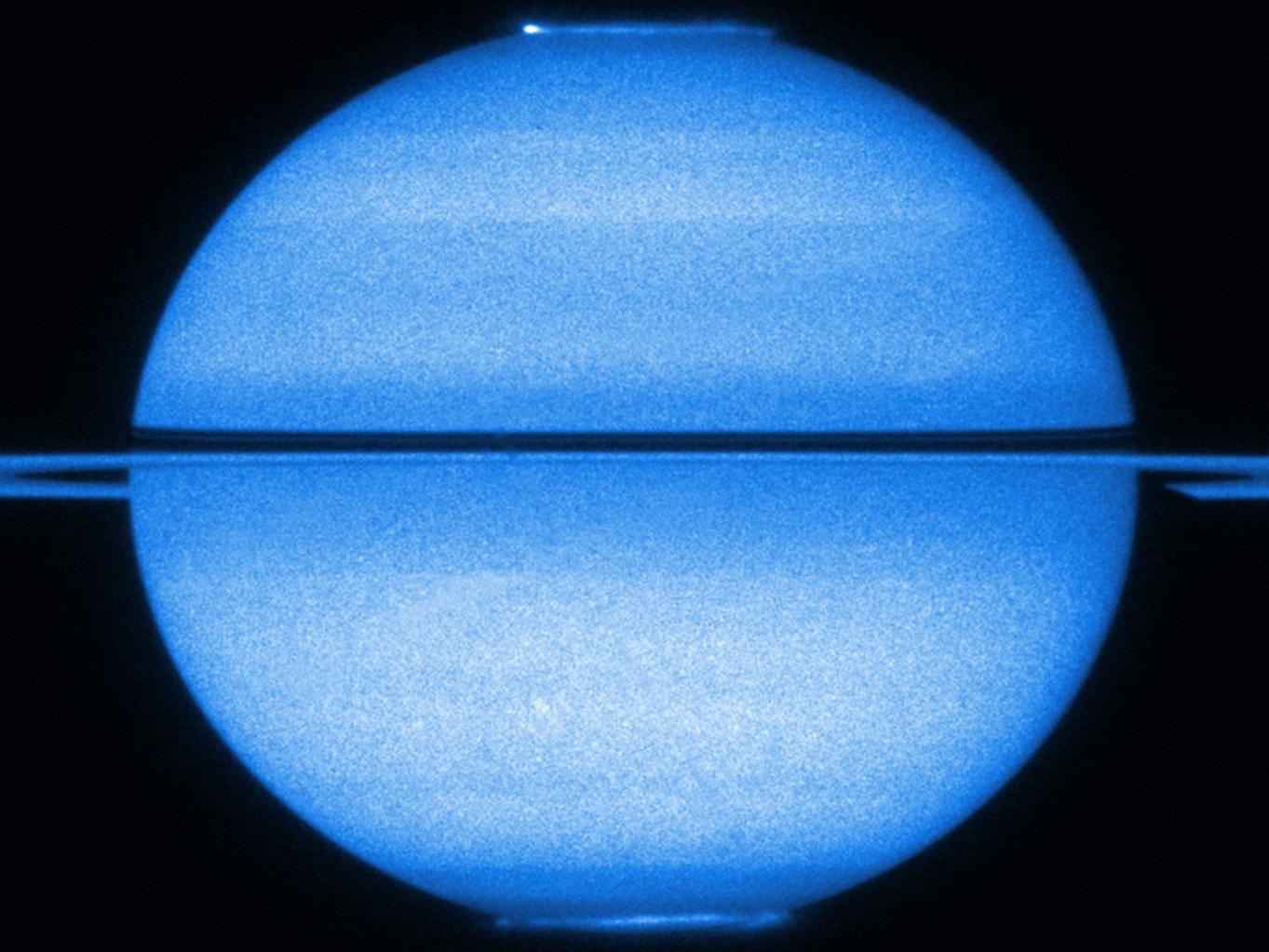 A grand ringed planet, Saturn is one of the most intriguing bodies orbiting our sun. This image taken by the Hubble Space Telescope in 2009 features Saturn with the rings edge-on and both poles in view, offering a stunning double view of its fluttering auroras. Created by the interaction of the solar wind with the planet's magnetic field, Saturn's aurorae are analogous to the more familiar northern and southern lights on Earth. At the time when Hubble snapped this picture, Saturn was approaching its equinox so both poles were equally illuminated by the sun's rays. At first glance the light show of Saturn's auroras appears symmetric at the two poles. However, astronomers discovered some subtle differences between the northern and southern auroras, which reveal important information about Saturn's magnetic field. The northern auroral oval is slightly smaller and more intense than the southern one, implying that Saturn's magnetic field is not equally distributed across the planet; it is slightly uneven and stronger in the north than the south. Image Credit: NASA/ESA/STScI/University of Leicester (More at NASA Picture Of The Day)