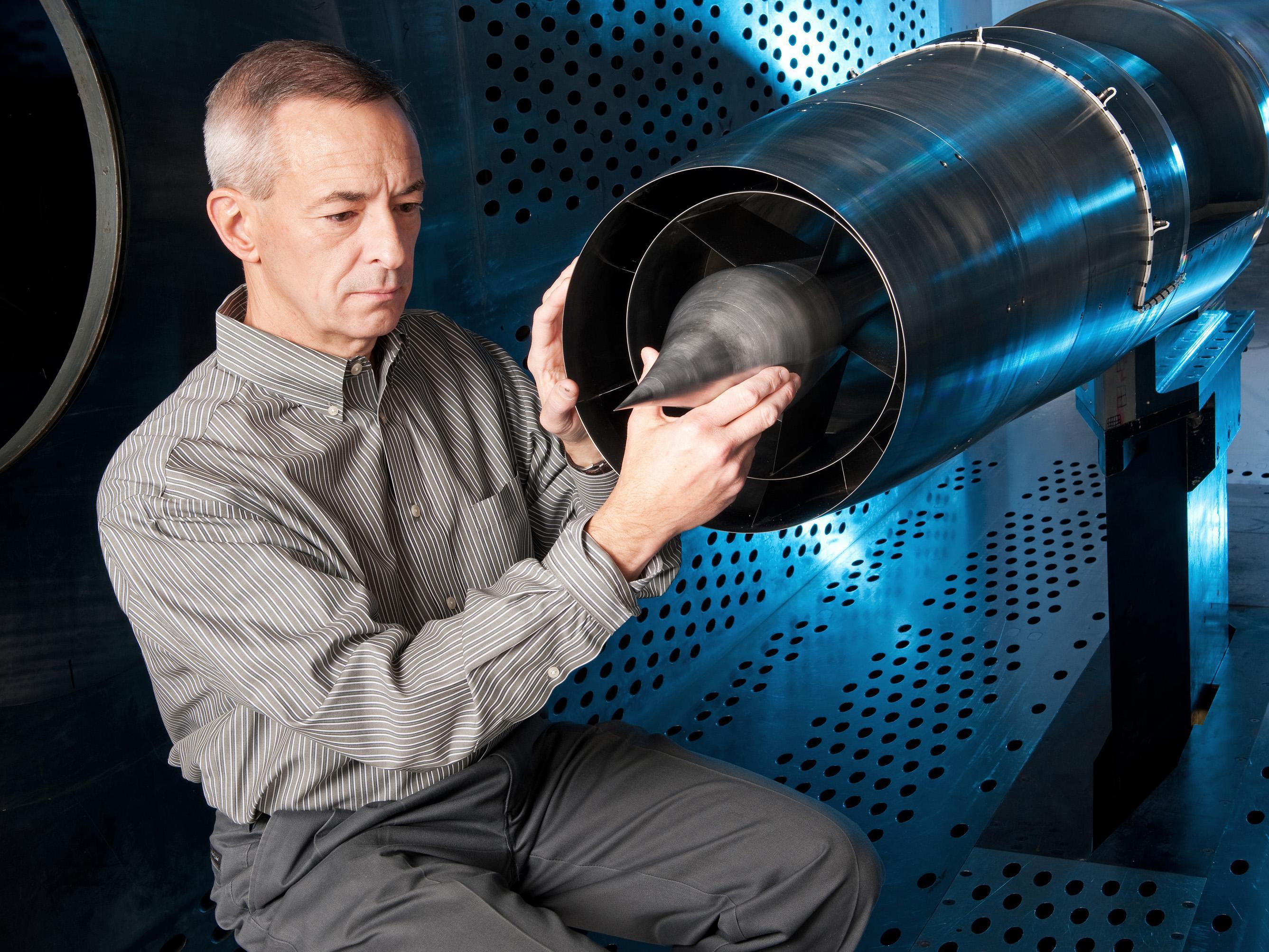 A sonic boom is caused by an object moving faster than sound. The shock waves created by the supersonic flight of an aircraft, sonic booms sound much like an explosion or loud thunder. The crack of a supersonic bullet passing overhead is an example of a sonic boom in miniature. New research is being performed at NASA's Glenn Research Center in Cleveland that could help alleviate the sonic boom produced by supersonic aircraft. Testing was recently completed of the Large-Scale Low-Boom supersonic inlet model with micro-array flow control in Glenn's 8' x 6' Supersonic Wind Tunnel. Gulfstream Aerospace Corporation and the University of Illinois-Urbana Champaign partnered with Glenn for this testing. Rod Chima, a NASA aerospace engineer, is pictured here in the wind tunnel with the Large-Scale Low-Boom supersonic inlet model. Image Credit: NASA/Bridget R. Caswell (More at NASA Picture Of The Day)

What Is the Orion Spacecraft Going to Smell Like? [Nasa]

Sights and Sounds of Titan