NASA: Make a Wish From Space 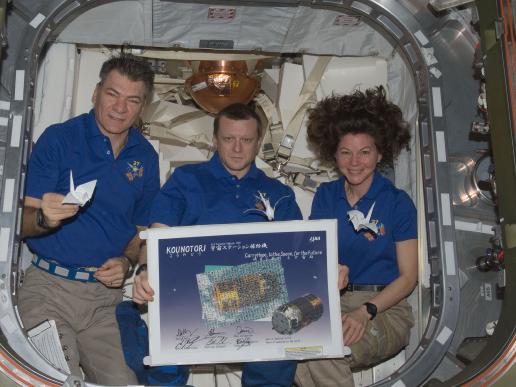 In honor of those affected by the Tohoku-Kanto Earthquake in Japan, Russian cosmonaut and Expedition 27 commander Dmitry Kondratyev (center), European Space Agency astronaut Paolo Nespoli and NASA astronaut Cady Coleman are pictured with paper cranes (origami craft), which they folded to be placed in the Kounotori2 H-II Transfer Vehicle (HTV-2). The HTV2 is scheduled to undock from the International Space Station at 11:45 a.m. EDT on March 28, and re-enter Earth’s atmosphere on March 29, 2011. Image Credit: NASA (More at NASA Picture Of The Day)