NASA: Portrait of Shuttle and Station 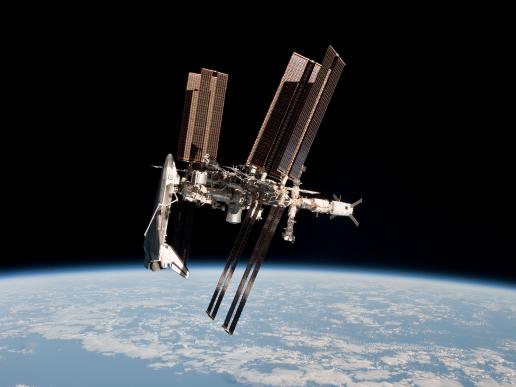 Newly released portraits show the International Space Station together with the space shuttle, the vehicle that helped build the complex during the last decade. The pictures are the first taken of a shuttle docked to the station from the perspective of a Russian Soyuz spacecraft. On May 23, the Soyuz was carrying Russian cosmonaut Dmitry Kondratyev, NASA astronaut Cady Coleman and European Space Agency astronaut Paolo Nespoli back to Earth. Once their vehicle was about 600 feet from the station, Mission Control Moscow, outside the Russian capital, commanded the orbiting laboratory to rotate 130 degrees. This move allowed Nespoli to capture digital photographs and high definition video of shuttle Endeavour docked to the station. Credit: NASA (More at NASA Picture Of The Day)