NASA: Preparing for the Future 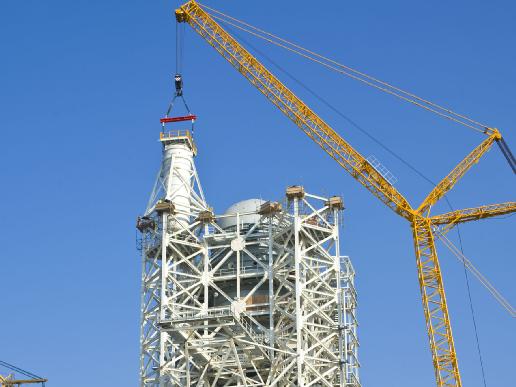 NASA continued preparations for the future of space exploration with the installation of a 35,000-gallon liquid oxygen tank atop the A-3 Test Stand under construction at Stennis Space Center in Mississippi. The 300-foot tall stand is being built to test next-generation rocket engines capable of carrying humans beyond low-Earth orbit into deep space. Construction of the stand began in 2007, with completion and activation scheduled for 2013. The A-3 stand is the first large test structure built at Stennis since a trio of stands were constructed in the 1960s to test the massive Saturn V rocket stages used to carry humans to the moon during the Apollo Program. Image Credit: NASA (More at NASA Picture Of The Day)

Space Preparing for the Future

NASA: Preparing for the Unknown

NASA: SOFIA Prepares for the Stars