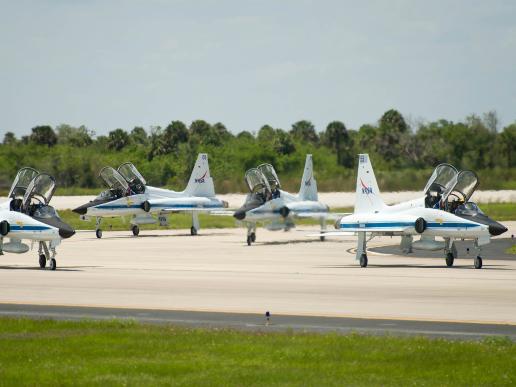 The STS-134 crew arrived in T-38 jets on Tuesday, April 26, 2011, at the NASA Kennedy Space Center Shuttle Landing Facility in Cape Canaveral, Fla. The space shuttle Endeavour and its crew will deliver the Alpha Magnetic Spectrometer and spare parts including two S-band communications antennas, a high-pressure gas tank and additional spare parts for Dextre, during the 14-day mission. Launch is scheduled for Friday, April 29 at 3:47 p.m. EDT. Image Credit: NASA/Bill Ingalls (More at NASA Picture Of The Day)