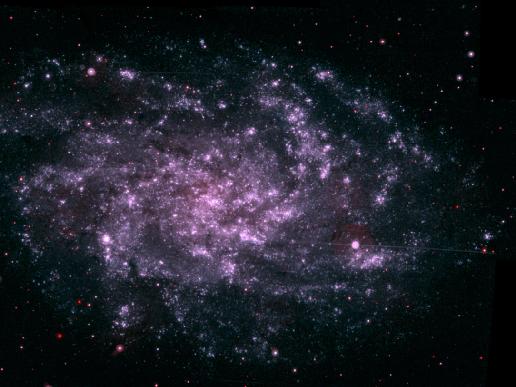 The Triangulum Galaxy is located nearly 3 million light years from Earth. And, in a study that pushes the limits of observations currently possible from Earth, a team of NASA and European scientists recorded the "fingerprints" of mystery molecules in the Triangulum Galaxy, as well as the Andromeda Galaxy. Figuring out exactly which molecules are leaving these clues, known as "diffuse interstellar bands" (DIBs), is a puzzle that initially seemed straightforward but has gone unsolved for nearly a hundred years. The answer is expected to help explain how stars, planets and life form. Image Credit: NASA/Swift Science Team/Stefan Immler (More at NASA Picture Of The Day)

NASA: Galaxy at the Edge