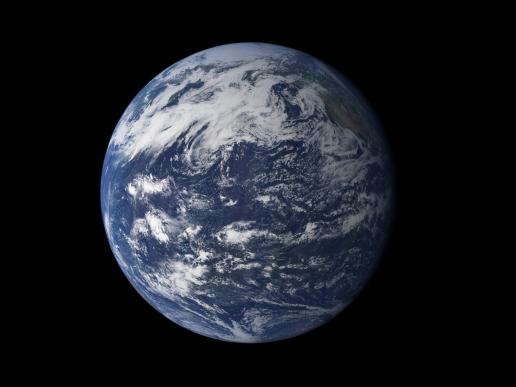 Viewed from space, the most striking feature of our planet is the water. In both liquid and frozen form, it covers 75% of the Earth’s surface. It fills the sky with clouds. Water is practically everywhere on Earth, from inside the planet's rocky crust to inside the cells of the human body. This detailed, photo-like view of Earth is based largely on observations from MODIS, the Moderate Resolution Imaging Spectroradiometer, on NASA's Terra satellite. It is one of many images of our watery world featured in a new story examining water in all of its forms and functions. Image Credit: NASA (More at NASA Picture Of The Day)