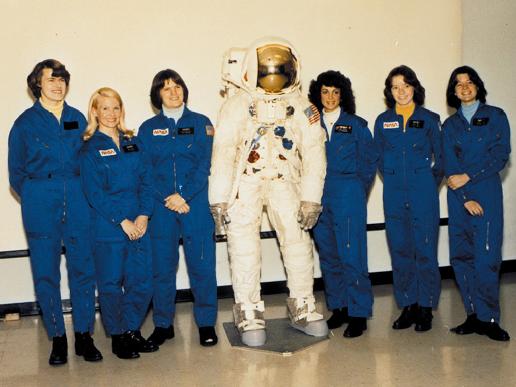 From left to right are Shannon W. Lucid, Margaret Rhea Seddon, Kathryn D. Sullivan, Judith A. Resnik, Anna L. Fisher, and Sally K. Ride. NASA selected all six women as their first female astronaut candidates in January 1978, allowing them to enroll in a training program that they completed in August 1979. Image Credit: NASA (More at NASA Picture Of The Day)