Exclusive: Trailer for NBC's DAY ONE is like War of the Worlds meets LOST! 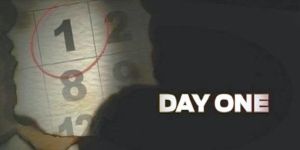 [Editor's note: Does anyone else get the feeling this is like Thomas M. Disch's THE GENOCIDES?]

With some in-your-face genre blending and amazing action set pieces, it would seem as though NBC's upcoming post-apocalyptic show, Day One, is primed to lay waste to the competition come 2010. Think we're exaggerating? Think again people. This show looks far more interesting and way weirder than we ever imagined.

We got our hands one the first extended trailer for the show, and it looks like its got it all: a global disaster, some kind of invasion and a group of survivors chosen by a higher being. Yes, all the characters are young and pretty, but with an intense and mysterious scifi concept rivaling anything you'll find in the cinemas this summer, this show could be pretty awesome.

Synopsis:
Day One chronicles a global catastrophe from the perspective of the residents of a southern California apartment complex. In the wake of a mysterious event that has shattered lines of communication and (literally) changed the shape of the world, the survivors must work together to both rebuild and save the Earth from a menace that might have already consumed countless other worlds...

Also note that the trailer isn't of the highest quality so I would expect some of the CGI to look a lot sharper when the show airs in HD.

Check out the very first trailer for Day One after the break!

i have read alot of comments all over the web in regards to this show and alot of them are saying that the storyline, alothough sounding good at first, will falter and fail. personally i dont know about that. i have seen alot of mid-season replacements that have done wonders for the telly and have gone on to anywhere from a full second season on upwards.

from the trailer i am already hooked on it and will oh so paitently wait for it to come on.

The world is ending in 15 days!