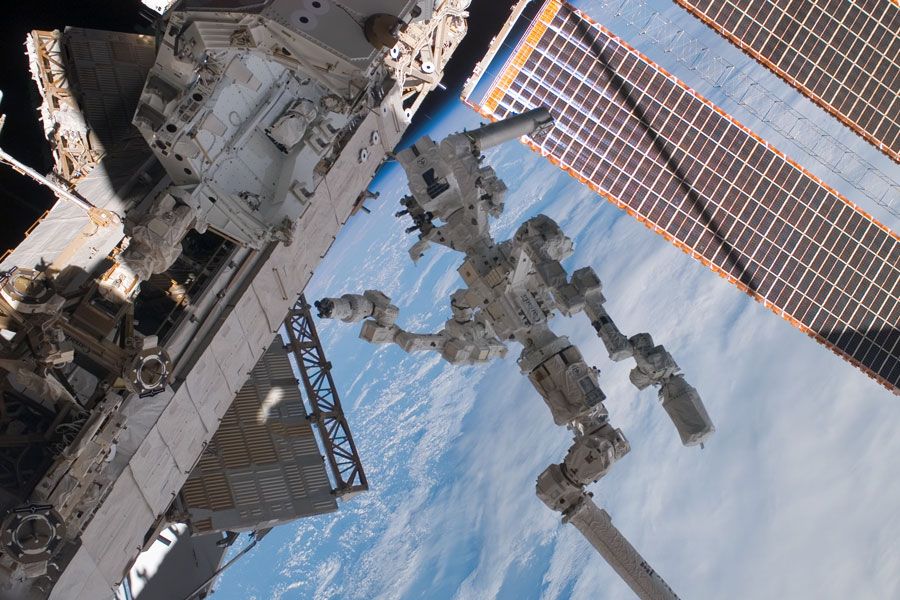 Explanation: In a surprising and potentially troubling request, the new space station robot known as Dextre demanded that astronauts refer to it in the future at "Dextre the Magnificent." Brandishing power tools that would make any handyperson blush, the mobile servicing system thanked humans for creating it and promised a glorious future where humans would retain an important role in the new robot order. Happy April Fools Day from the folks at APOD. The classic fable of humans mistakenly creating technological evildoers dates back to Frankenstein and includes famous fictitious villains such as HAL and the Terminator. Dextre, although real, is no Frankenstein, since its computer intelligence is mainly geared toward allowing astronauts to control it remotely. Dextre was deployed last month to help build and service the International Space Station. As seen in the above picture, Dextre is truly a technological marvel, wielding long arms capable of handling both small tools and large modules with precision dexterity.