My two favourite sci-fi books are 'Roadside Picnic' by the Strugatsky brothers and 'Solaris' by Stanislaw Lem. Can anyone suggest more books like these please, with similar story lines? Many thanks!

Robot dreams Isaac Asimov. Everything by him btw

most of Jack McDevitts books are good
'Digging Leviathan' by Blaylock. some 'fantasy' elements
Dune (don't bother with the numerous sequels)

screenersam said:
most of Jack McDevitts books are good
'Digging Leviathan' by Blaylock. some 'fantasy' elements
Dune (don't bother with the numerous sequels)
Click to expand...

'A Voice in the Night' looks interesting?

My two favourite sci-fi books are 'Roadside Picnic' by the Strugatsky brothers and 'Solaris' by Stanislaw Lem. Can anyone suggest more books like these please, with similar story lines? Many thanks!
Click to expand...

I've never actually read those, so I'm not sure how similar the stories are, but read anything by Jack Vance. He's my favorite sci-fi author of all time.

Thanks, they're fairly dystopian but have a core to them - something you can work with in thought - quite mystic in a way; unlike 'Light' by M. John Harrison, which I enjoyed reading, but left me in a philosophical vacuum.

I haven't read a lot of dystopian sci-fi, other than classics like 'Fahrenhiet 451' or '1984', though I think maybe 'Alas Babylon' and 'Folk of the Fringe' by OSC probably fit in that category. I do love to play Fallout, so maybe I should explore that genre a bit more

Thanks. Those books are not just dystopian, they have central points to them, around which the stories are woven. 1984 is a stark warning I feel.

Just finished 'Fiasco' by Stanislaw Lem, it certainly kept the attention all the way through :-o

Philip K. Dick’s Valis, The Fountains of Paradise Arthur C.Clarke (R.I.P.) likewise Beyond the Fall of Night, 2061dyssey 3, Cradle by A.C.Clarke & Gentry Lee, China Mieville’s Perdido Street Station, All Tomorrow’s Parties- Virtual Light- Necromancer by William Gibson. In my opinion these books might haven’t the slightest resemblance to where your interest lies, similarities in sci-fi books are as delicately fine tuned as cosmogony. Oh, one more to grow on, And Another Thing... Eoin Colfer

Thanks. Arthur C Clarke. I enjoyed the film 2001 but was always slightly uneasy about the cave men looking like men dressed up as apes, the rest of the film I enjoyed immensely. On the strength of this I bought the dvd of Childhood's End. I dislike this film intensely & the ideas apparently behind it. It seemed like a Puritanical 'I told you so' rant thinly disguised as science-fiction. Distinct from this, Lem's point seems to be that IF there is other intelligent life within the universe it may have developed along quite different lines to the way primates have developed on earth, to the extent that we might not even recognise alien life or, if we did, we wouldn't be able to communicate with it because there would be no common ground between us and them. Or, bluntly, the alien life form may simply refuse communication - as is the case in Fiasco. The life form is fundamentally aggressive, that is its nature. What if life on earth had developed along insect lines, what if the highest life form on earth had developed from that of the termite? There are parallels, termites are highly social and live in chaotic mound-cities, many ant-forms farm other animals & exploit plants; but there the common ground ends. I find that interesting to think about. Clarke's philosophy - as much as I could discern from the film - I found banal. That's just my personal view, I am not knocking Clarke as an author, we all have out likes & dislikes.
R

Those are both great picks - "Roadside Picnic" is one of the best written and structured things I've ever read, and so powerful. I'd hand that to anyone. I've only heard good things about "Solaris", and the other Lem I've read has been great.

In terms of people like them, in the way I think you're thinking... that's actually a difficult one, I'm finding. I'm going to punt on

The Fifth Head of Cerberus by Gene Wolfe - as he's a great writer, and it's a great - and deep - book
Rogue Moon by Algis Budrys - as it's another novel dealing with inexplicable alien stuff, but written from a different tradition
The Forever War by Joe Haldeman - just to send you off in another direction (though again - understanding the aliens is a theme)

I'd also buy a recent compilation of sci fi short stories - a book shop will be able to direct you - just so you can get an idea where things are now.

Both novels Tarkovsky chose 'Roadside Picnic' (Strugatsky) & 'Solaris' (Lem) pose philosophical questions for the reader as well as being great stories / films, this is what I like so much about them. Solaris is based on the idea of a planet which is entirely covered in a sentient ocean. Art is the mirror / mirrors life - science-fact has now discovered a parallel exo-planet 'waterworld', Gliese 1214 b.

What about the author Philip Jose Farmer please, anything to recommend from him?

kr236rk said:
What about the author Philip Jose Farmer please, anything to recommend from him?
Click to expand...

I've always been interested in the Wold Newton Universe. 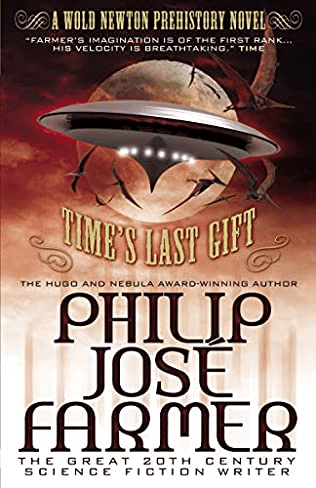 Without moving a micron in space the crew of the H G Wells traveled from 2070 A.D. to 12,000 B.C. Four of the most brilliant scientists of the present have been given the chance to solve the most puzzling riddles of the past. It was an opportunity that many would have paid any price for. But Time does not give up its secrets so easily. 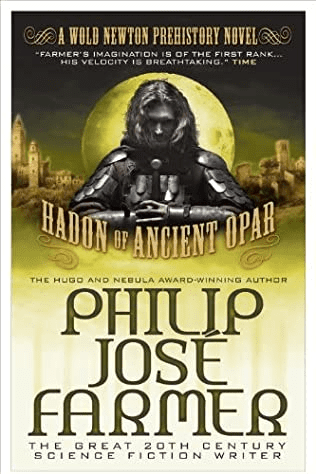 Twelve thousand years ago the great lost city of Opar was in its prime, with its Atlantean tradition, its fabled jewels, its living goddess and Hadon, son of ancient Opar, whose claim to a throne launches him upon an enthralling and dangerous venture.

A good SF first contact story but not particularly outlined in your criteria then there's only one you need to consider:-
The More in God's Eye

A
Any good Teen Fiction or Spy novels you've read?

Sci-Fi Read my book and tell me if it's any good! Posting chapters live, feedback welcome!