NASA Astronomy Picture Of The Day
NGC 1579: Trifid of the North 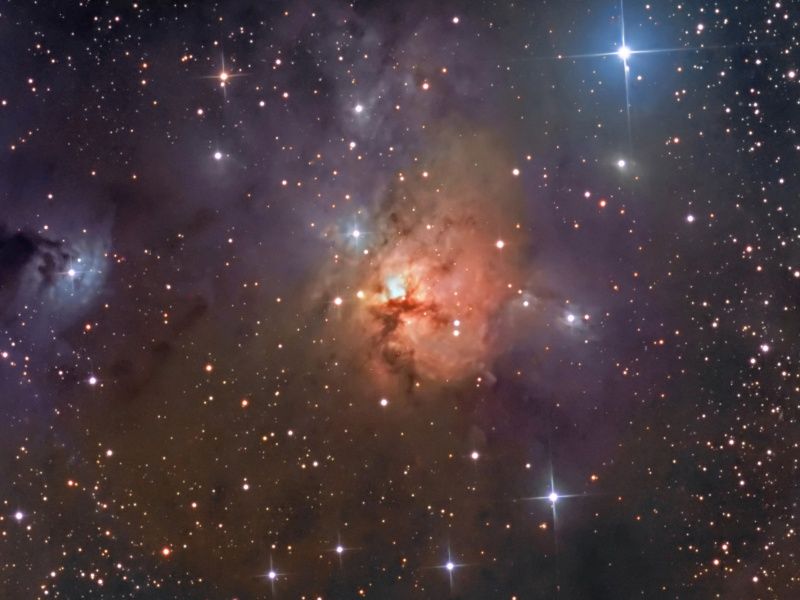 Explanation: Colorful NGC 1579 resembles the better known Trifid Nebula, but lies much farther north in planet Earth's sky, in the heroic constellation Perseus. About 2,100 light-years away and 3 light-years across, NGC 1579 is, like the Trifid, a study in contrasting blue and red colors, with dark dust lanes prominent in the nebula's central regions. In both regions, dust reflects starlight to produce beautiful blue reflection nebulae. But unlike the Trifid, in NGC 1579 the reddish glow is not emission from clouds of glowing hydrogen gas excited by ultraviolet light from a nearby hot star. Instead, the dust in NGC 1579 drastically diminishes, reddens, and scatters the light from an embedded, extremely young, massive star, itself is strong emitter of the characteristic red hydrogen alpha light.

In the Center of the Trifid Nebula