Tagline: The end of the world is just the beginning.

Plot: A man who suffers visions of an apocalyptic deluge takes measures to protect his family from the coming flood. 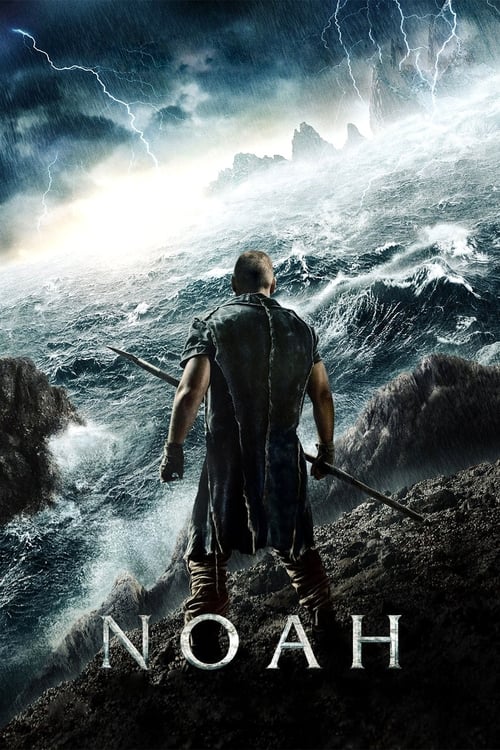 It's rather difficult to know where to begin with this one. Noah is of course a retelling of the Biblical story (which is actually much older, featuring in the myths of earlier civilisations than the Israelites). It is a very long time since I read the Old Testament story so my memory is a little hazy in places, but I must admit I can't recall anything about fallen angels, turned into rock giants for their sins, doing the heavy lifting involved in building the ark and then defending it against all comers. Oh well, accuracy is not a particularly valued commodity in Hollywood – drama wins out every time!

The result seems likely to polarise opinion. If you like this kind of mythological religious epic, then you'll probably enjoy Noah as it's a grand spectacular with lots of CGI. If you don't, then it's more than two hours of grim and rather tedious emoting and declaiming, interspersed with scenes of noisy violence, without a smile to be had. My sympathies lie in the latter camp.

To move on from the film: why was the story of a great flood so common in various civilisations in the Middle East? It seems reasonable to suppose that there was some cataclysmic event that so imprinted itself on the memories of those who experienced it that it became part of the folklore of their tribes, but what could it reasonably be? Some have suggested a major flood involving the Tigris and Euphrates rivers, the "cradle of civilisation". But there is another candidate, potentially much more devastating in its effects: the joining of the Black Sea to the Mediterranean. It is known that for some time after the end of the last Ice Age (during the period when the first towns and civilisations were becoming established) the two seas were separated by a land bridge connecting Europe and Asia, where Istanbul is now sited. Some researchers argue that the water level in the Black Sea was much lower at that time, and that when the Mediterranean eventually broke through (they estimate about 7,500 years ago), the level of the Black Sea was raised considerably over quite a short period of time – about a year. There is reportedly evidence of settlements at some depth in the Black Sea, where the old coastline might have been.

It is easy to see how such an event could account for the Noah myth. The relentless rise in sea level would have flooded coastal settlements, forcing a mass migration. Some parts of the coast would initially have been cut off by the rising water level, becoming temporary islands, some of which might have been settled. As these islands steadily shrank, so the people on them would have faced the need to get to the mainland. It is easy to imagine makeshift rafts being made on which all of the people's possessions, including domesticated animals, were piled. The tendency in oral traditions for stories to grow in the telling would have accounted for the rest of the myth. However, this theory has been challenged by other scientists, so perhaps some other natural catastrophe was the origin of the story.