Space On the 'Couch'

NASA Picture Of The Day
On the 'Couch' 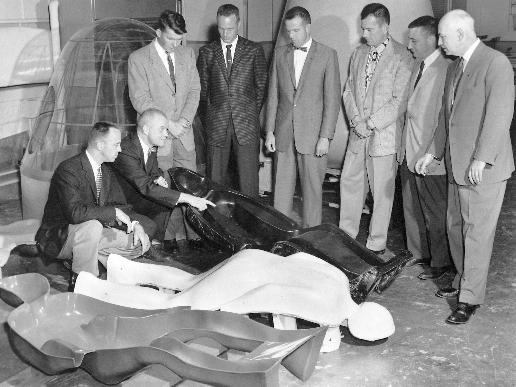 The Mercury 7 astronauts examine their 'couches.' Each astronaut's couch was molded to fit his body to help withstand the G-loads of the launch. Plaster casts of the astronauts were created in order to properly mold the couches. Left to right are Alan Sheppard, John Glenn, Walter Schirra, Scott Carpenter, Gordon Cooper, Deke Slayton, Gus Grissom and Bob Gilruth. Gilruth was director of the Space Task Group, which planned and managed the Mercury Project. Image Credit: NASA (More at NASA Picture Of The Day)