Some bugs are quite funny really. Here's one with the new Android phone that is probably not so amusing to some people like a college intranet system that denies you certain search terms. 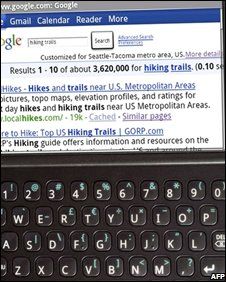 The bug was discovered accidentally by a G1 owner

A text conversation has revealed a big problem with the G1 mobile phone - powered by Google's Android software.
The newly discovered bug causes the phone to restart when owners type in the word "reboot" soon after starting up the device.
Google hurried to repair the problem, which causes the phone to interpret any text entered just after the phone was turned on as a command.
Google has rushed out a fix for the bug which will soon be available in the UK.
The bug was discovered when an owner of the phone typed the word "reboot" into a text message after restarting the phone.
"I was in the middle of a text conversation with my girl when she asked why I hadn't responded," said a user called jdhorvat in the description of his discovery that was posted to Google's problem reporting website.
"I had just rebooted my phone and the first thing I typed was a response to her text which simply stated "Reboot" - which, to my surprise, rebooted my phone."
The phone, which uses the Google-developed Android operating system, is sold by T-Mobile in the UK under the name "G1".
Google has fixed the problem in an update to the phone software that will be automatically installed on users' phones.
"We've been notified of this issue and have developed a fix," said a Google spokesperson in a statement. "We're currently working with our partners to push the fix out."
Users in the US already report receiving the update, and Google told the BBC that users in the UK should receive it by 12 November.
Click to expand...

Staff member
When I first head of the problem, it just absolutely boggled the mind that something like that passed QA. Since the system commands were exposed, I'd be curious if any commands not meant for the general user were also available.

Speaking of intranet systems ... where do you get one, or, how do you make/create one?
I have three computers on/around one desk. Only one is hooked to the Internet. One gaming, one business, one blogging/searching whatever it's called.
I've checked with Geek-Squad, and others and they say that sort of thing is only available at Universities. Is this so? If so, why only them?
Go from "G" router to "N" router? (the base unit is 50 feet away).
I'd appreciate any help someone could give us, on how to accomplish this feat at as many as three locations of three computers apiece.
Thanks in advance.