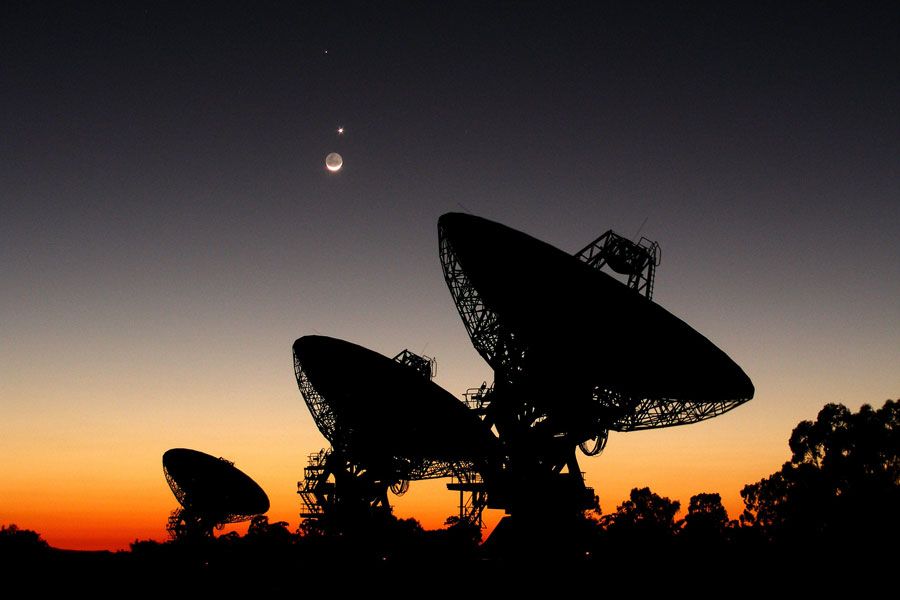 Explanation: Last week, Mercury, Venus, and the Moon all appeared close together in Earth's sky. This picturesque conjunction was caught on camera behind elements of the Australia Telescope Compact Array (ATCA) near the town of Narrabri in rural New South Wales. The ATCA consists of six radio telescopes in total, each one larger than a house. Together they form one of the highest resolution measurement devices in the world. Impressive planetary conjunctions occur every few years. Involving the brightest objects in the night sky, this alignment was easy to spot just before sunrise. In the picture, taken on the morning of March 6, Mercury is the highest of the three bright celestial beacons.