NASA Picture Of The Day
Poised for Success 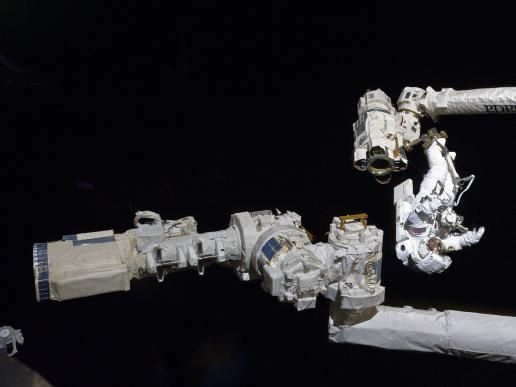 Anchored to the Canadarm2 mobile foot restraint, Garrett Reisman performed construction and maintenance activities outside the station during the STS-132 mission's first spacewalk. During the seven-hour, 25-minute spacewalk, Reisman and NASA astronaut Steve Bowen installed a second antenna for high-speed Ku-band transmissions and added a spare parts platform to Dextre, a two-armed extension for the station’s robotic arm. Image Credit: NASA (More at NASA Picture Of The Day)